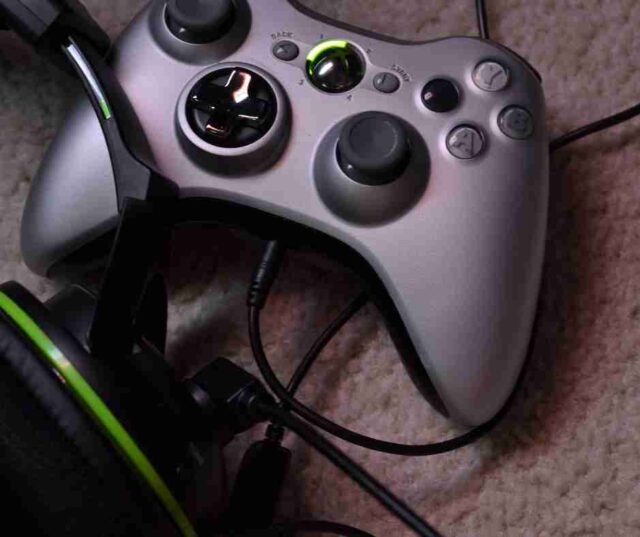 How to connect bluetooth headphones to xbox one? If gaming thrills you a lot, you love watching live streaming of gameplays on YouTube and you wish to play games like that either casually or want to pursue gaming as your career, you must go for purchasing a gaming console to give your gameplay or live streaming a professional gaming kind of look. But, now confusion arises about which would be the best gaming console to purchase even if you’re not a pro player.

Nowadays, majorly two gaming consoles are being popular among gamers. The first one is- the Play Station Gaming Consoles or more precisely PS4 or PS5, and the second one is the Microsoft Xbox One gaming consoles about which we’re going to talk about in this article.

Brief Idea About Xbox One

Xbox one is a gaming console series marketed and manufactured by Microsoft. Right now, three models of Xbox one are getting popular among gamers. These are, original Xbox One, Xbox One S, and Xbox One X when taken according to their ascending order of the launching dates.

A few features of these are similar in all three models but most of the major factors are upgraded in the latest models of Xbox one.

Most Appealing Features Of Xbox One Gaming Consoles

In the online and offline markets, you can get Xbox One around the price range of twenty-seven thousand INR to thirty thousand INR. Not only the original basic version of Xbox One, but we are going to cover the most exciting features of Xbox One S and One X also.

In Microsoft Xbox One S and Ons X, HDR gameplay mode offers you more vibrant colors than other gaming consoles in the equivalent price range. More gradual contrast between light and dark shades of gaming graphics imparts you a premium feel that will keep each and every moment of your gameplay amazing.

Gears Of War 4 and Horizon 3 are the two best game titles that you can play with Xbox One S and One X.

Unfortunately, in the original model of Xbox One, you will not get the support of HDR Graphics and 4K gameplay.

The Graphics processor of Xbox One S and One X is overclocked by 7.1 percent of the regular model of Xbox One. It allows the player to feel high sensitivity with all new HDR effects.

Games like- Fallout 4 will not show any significant changes in gameplay experience when compared with the gameplays in Xbox One, One S, and One X as well, whereas some game titles like- Project Cars can be played at a frame rate of 60 frames per second (60 FPS) in the HDR gaming mode. This feature of Xbox One S and One X has proved itself value for money to spend over it.

Xbox One really proves the proverb- First Impression Is The Last Impression. Xbox One S comes with a matching controller in crispy white color with the finish of black color that makes it look more classic. How to connect bluetooth headphones to xbox one? One X, on the other hand, is available in matte black color with the finishing of sweat-resistant material. Original Xbox One comes in plain white color but the thing which makes it best in all three models from the controlling and handling perspective is that the thumbsticks are more durable and grippier than any other gaming console of the same price range.

Moreover, the internal controller of Xbox One has a wide connection range which allows the player to go around anywhere in the gaming studio without losing connection during Xbox live party chat.

The reason why we suggest you purchase Xbox One over other gaming consoles is because the new processor architecture is many times smaller than regular gaming consoles available in the market. This optimized processor architecture results in 25- 40 percent less power consumption that is beneficial for not only your budget but also for the environment.

Xbox One S and One X support 4K Ultra HD resolution in videos. A feature named Project Scorpio allows you to play in 4K mode. Apart from graphics, the compact and slim design is one of the most attractive points of the Xbox One. You can place this console vertically if you have less room to keep your setup. One X and One S come with an integrated power system but in the case of the Xbox One original model, it may be a bit disappointing for you since it has a huge external power brick.

In a nutshell, regardless of the Xbox One model, you will be able to play all the game titles with Xbox but the main difference you will see in the gaming performances.

How To Connect Your Bluetooth Headphones With Xbox One

After this, download the Xbox application on your device. Now, go to the settings of your device and select ‘Devices & Connections’. After it, click on ‘Remote Features’ and in the remote features, set the power mode as Instant-on and enable remote features.

Now, come back to the Xbox application and click the icon just beside the bell icon. A menu comes on the screen with three options. Click on the first one which is- ‘Remote Play On This Device’. how to connect bluetooth headphones to xbox one? Can be found by following steps

Now, the console is ready and you’ll get all the sound effects in your Bluetooth earphone.

Do I need to purchase an IR blaster for making my Xbox One X compatible with TV?

Ans. Not at all! There is a built-in IR

IR blaster in Xbox One X and

Xbox One S as well.

Ans. There are total of three models of

Xbox One in the market. The

original Xbox One which has