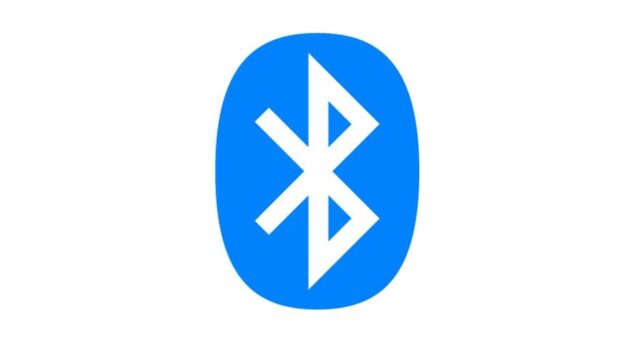 A long time ago humans lived in caves and ate on whatever they were able to gather from their surroundings. Now we have rocketing technology so one can enjoy sushi from Japan. with Drinks from the US while sitting in the middle east. Communication is what brought humans this far. We needed a language, medium, social elements and what not, but it all happened. No, I am not going to talk about human history in this article. It will be about bluetooth technology and how you can connect/communicate your computer with other accessories.

Bluetooth technology is a wireless system of standards which is uses to exchange information. between different digital devices over short distances by using ultra high frequency radio waves. The radio band used in it is scientific and medical grade, so there are no health concerns surrounding it. So let’s have a look on how you can use it to channel data.

What is the bluetooth technology?

Mobile Phones and more importantly smartphones are the primary devices that we have with us almost all the time. Earlier Mobile Phones only has bluetooth as a form of communication. so that was the time when bluetooth was considered as very important.

It was kind of a monopoly. Then there are NFC and other similar technologies to connect a phone. with another with one and to share the data. But none received the warm welcome as the bluetooth technology did. It can transmit and receive data even at the distance of 10 meters across walls and obstacles. This was something which other short distance communication devices lacked.

How to Connect a Bluetooth Device from your Computer:

Settings you need to change in the computer

Follow these steps with every device that you want to connect.

Modern day smartphones also have WiFi and cloud storage like facilities to exchange data which has significantly reduced the usage of bluetooth. But if you want to quickly share some photos and don’t have internet connection then nothing beats bluetooth technology. So let’s see how you can quickly connect one with your computer.

If you are using Headphones, earbuds, speakers, cameras, televisions, etc. all have a closely similar process of pairing. Now let’s move on and see what you should do if you are unable to connect your computer with your bluetooth device.

If you are using Windows PC

What is Bluetooth Dongle?

Bluetooth technology Dongle is a small device which can be connects to any Desktop and Laptop usually via USB port and can be used as an external bluetooth connector to communicate with other devices. The device driver will install automatically, saving you both time and efforts. The rest of the steps would be the same. You just need to look out for the Bluetooth sign on your device and then you can take care of the rest.

It may be possible that your computer has a bluetooth device installed internally. but the drivers installed are outdated and are hence not compatible with the operating system and other devices. Drivers are small software that help the computer to identify and communicate with devices which are pluges into it. For example if you have plugged in a printer then the appropriate driver software from the printer manufacturer. will act as a communicator between your computer and that device.

Similarly a bluetooth device installed in your computer also interacts with it via driver software. Over the time, this software can get outdate as operating systems and other factors get regular updates. Operating systems come with a lot of driver updates so that users don’t have to worry about updating. and installing every time. Instead everything gets done automatically. But if these OS updates don’t contain the exact driver needed. for your bluetooth device then in that case the driver remains outdated and your device doesn’t function properly.

How to update Device Drivers?

It’s not just the bluetooth driver that needs attention but there may be others as well. Not everyone can be technically well verse but don’t worry about that. There are a lot of third party driver updaters which are out in the market. You can use them to update all the needed drivers in your computer. They are fast, effective and reliable. Here are some of the best ones that you should try:

One of the best driver updaters in the industry is Advance Driver Updater by Systweak Software. It is especially design to eliminate almost all the efforts from the users end and automatically update drivers. Don’t worry if you want the app to refrain from updating some of them then you can even create an exception list and the program won’t touch those drivers. The application has a huge database of drivers that supports a large range of drivers, an advanced scanning system that can perform deep scans into your computer’s storage and offer appropriate actions that you can take. The list of features on this application just goes on and on. Some of them are

It supports 10 languages for people who are not comfortable with English or not live in a country where English is used as the first language.

The simple yet intuitive user interface helps the user to navigate his or her way easily around the app. Even the people who are working with it for the first time can operate it with ease.

One of the best things about this utility tool is its versatility. If you do not have time to sit back and update all the drivers at the moment then you can also schedule updating drivers for a later date with the help of Schedule option. Users can also set routine scans for outdated drivers especially for the time they are not operating the system. For example if you have a window of half an hour between your work schedule when you don’t work, you can set the update schedule at that time.

This application is highly compatible with almost all the working versions of Windows operating system with both 32 and 64 bit depths.

If you have installed the new drivers but are facing some problems or issues due to bugs or incompatibility, don’t worry. This amazing application is embeddes with a backup program which takes automatic backups of your existing drivers before removing them and installing new ones.

Another incredible driver updater that you can try and consider for your system. It is like a one stop solution to all your device driver related problems. If your computer is lagging, freezing, crashing or not performing the way you want it to, the reason behind all of this commotion may be lack of proper drivers.

If you haven’t updated your old drivers in a long time or have just reinstalled Windows operating system then there are high chances that your computer does not have what it needs to perform efficiently. The driver database it holds is quite big and aims to cover up almost all the devices. It is also compatible with all the current versions of Windows. You can install this software to get timely updates of necessary drivers.

Next we have the Driver Booster app which is known to millions of its users as a perfect utility tool. It is quite capable of finding and detecting outdated and incompatible drivers in the system. The application is design by IObit, one of the trusted companies in the software industry.

It gives users the independence of creating a restore point where they can jump to, if they find out the new drivers to be incompatible with their devices. It also supports drivers of tech giants like Hewlett Packard, Dell, Intell, etc. The program works silently and doesn’t disturb the users with annoying pop ups.

So these were some of the best driver updater utility tools that I wanted to share with you. If you are facing bluetooth wireless devices in connecting them with your computer then check this link out. It is a detailed article on how you can connect and troubleshoot problems with wireless display bluetooth devices.

A last piece of advice before signing off would be to keep your operating system up to date. There are a lot of fixes, patches, releases, updates and even security fixes that are crucial and even critical for a computer’s optimal performance.

Iphone 14 Pro Max – Is it Worth the Extra Money?