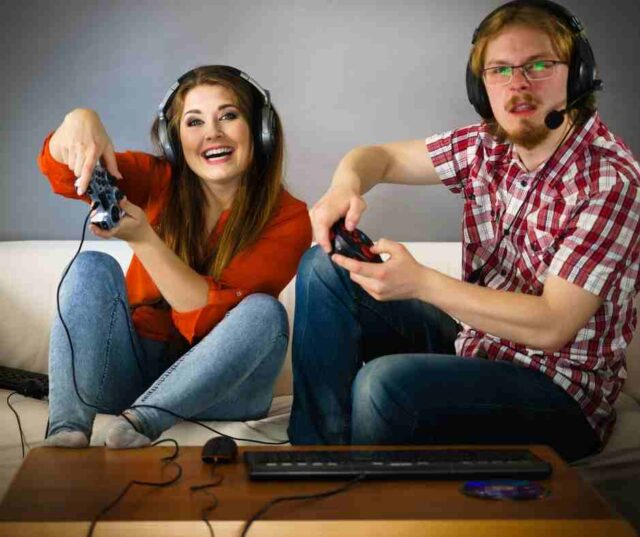 Hello Minecraft lovers! Again you are feeling bad because mobs killed you down. Don’t worry, it happens with the beginners, and losing your progress because of mobs makes you feel bad. Isn’t it? So, here we have brought some golden rules to follow. When you are new to Minecraft as well as some interesting hacks of this game as you scroll down. So let’s explore the Minecraft hacks world first.

When you start Minecraft for the first time, you are spawned at some location. Your first task is to collect some wood and look for some sheep. At first, you have to cut wood with your hands only. With this wood. you have to make some 3-4 important weapons and tools which are- sword. to protect yourself from the mobs; an axe, to cut down wood faster than using your hands; a pickaxe, to break the stones to dig some minerals out of the mine; a wooden shovel for digging out the mud and a hoe for farming.

Crafting Your Tools for minecraft hacks :

When you’ve cut trees and got some wood, press ‘E’ and an interface will open in which you have to do crafting in the upper portion and the rest lower is the inventory. In the 2×2 matrix in the crafting part, drop some oak logs and you’ll get some oak planks for further crafting and construction.

If you simply arrange 4 planks, you will get a crafting table on which you can craft the wooden things. On placing three planks vertically, you will get a stick. Arranging 2 planks and a stick will get you a sword.

Now, for making an axe, there will be a 3×3 matrix wherein arrange drop planks in 1st,2nd, and 3rd coordinates and a stick in the fourth one if the boxes of the first two columns and first two rows are taken. For a pickaxe, place 3 planks in the first row and two sticks in the remaining blocks of the second column. In the second column, when you put a plank in the first block and 2 sticks in the rest two blocks, you will get a wooden shovel.

Now it’s over with the basic weapons and tools but why are you looking for sheep? The answer is wool and meat. Kill them using your sword to get wool. Now, place your crafting table and press E again wherein the first row, put 3 blocks of wool and in the 2nd row, put 3 planks and you’ll get the bed to sleep. Now half of the game is in your control but you’ve to look for some food.

So, kill the animals using your sword and get some meat but don’t kill horses at all. It’s going to dusk now and you’ve to look for a village so that you may build a house and protect yourself from mobs. It may be time taking so be patient and look for a place when you can see some houses, people, and cattle together. This is what you’re looking for and these people will give you many resources as they have different professions.

Exchange The Resources With Villagers

You’ll find a farmer there to purchase some wheat with emeralds, the currency of Minecraft. You can sell your things and get some emeralds also. You can get emeralds and other things from some empty houses. Even though stealing is unfair, but it’s a game.  You can collect the resources that the villagers already have. For constructing your house, you need wood that you can get from the trees using your axe. While cutting trees, cut the grass too because you will get some seeds from here for farming. Do you know how to make smooth stone in minecraft ?

You can easily make walls and pillars stacking the planks. For constructing the door, put 6 planks in the 2nd & 3rd columns and for the ceiling, you require slabs which you can make by placing planks in the second row. Now, your house is complete but you need a torch for light inside your house. So, go to the mine and break stones using your pickaxe. Collect some coal and return back before monsters see you. Now, for making a torch, in the crafting interface, put coal in the 2nd block of the 1st row and a stick in the center block.

Place torches on the walls and outside your house also for safety from mobs.

Beware of the monsters at night and inside the mines since you’ve to fight with them using your sword. But, don’t forget to place your bed inside the home because if you’re killed unfortunately then respawn will land you again on your bed.

Arrange Some Food And Store Items

Now, the next task is to make a cooking furnace and chest for storing household items and emeralds. For the chest, place planks in the 3×3 matrix leaving the center block. and when you put two small chests sidewise, it automatically turns into a large chest. For furnaces, do the same thing but with the cobblestone which you’ll get from mines.

Cooking is carried out by placing raw food in the upper box. And fuel in the lower box and you’ll get your food prepared.

This is sufficient for a beginner player so now let’s proceed to the Minecraft hacks.

Watch Your Villager Having Bath In Bathtub

Your bathtub is ready and you’ll be able to see the one who comes and sits in this bathtub.

Place a sticky piston and then place some slime blocks on it in such a way that. The sticky piston should be in the middle and all the slime blocks should be in the same layer in the minecraft games hacks you can use to win all series of games using this hacks. Now, place a pair of Redstone repeater and Redstone dust for the current flow. Break some extra tiles using a Redstone torch to ensure current flow in the sticky piston. Now, increase the time delay of Redstone repeaters so that the resultant effect may look fabulous.

Turn on the electric supply with Redstone dust and now this arrangement is ready to projectile the arrows of lava.

If you want to punish your enemy from another village in minecraft gaming hacks, use this hack and make a trapping machine. Make a 7×7 slider area and fill it with packed ice. Put some oak planks on the middle portion. Beside the Redstone repeaters, place quartz blocks, sticky pistons, and slime blocks on all the corners to ensure that the enemy won’t flee. Set the delay time to the minimum so that the enemy won’t get sufficient time. Surround the system with two layers of the fence from inside and place pressure plates on the tiles between the central room and corners. Now turn the current flow on and when your enemy tries to flee, he will be pushed back inside by the pistons.

Change The Colour Of Animals

Go to the anvil and set a nametag jeb_ and fetch it out. Now when you go near a sheep and use this on it, you will see that the color of sheep’s wool has turned into a rainbow color and its name has become jeb_. It’s very interesting. Isn’t it? When you try to use this hack on the parrots and other animals except for sheep, unfortunately, it will not work but the name of the parrot will change to jeb_ during minecraft hacks.

Now, a similar hack is there that works on rabbits. For this, you’ve to spawn rabbits and in the place of jeb_, you have to assign name tag Toast. As a result, the color of the rabbit will change to black and white like a panda. But be careful that the name tags are case sensitive so use uppercase T in the nametag Toast otherwise it won’t work at all.

Codashop cod : How to Convert Garena Shells to Call of Duty CP in Codashop

Top 10 Games that are Perfect to Play on your PC