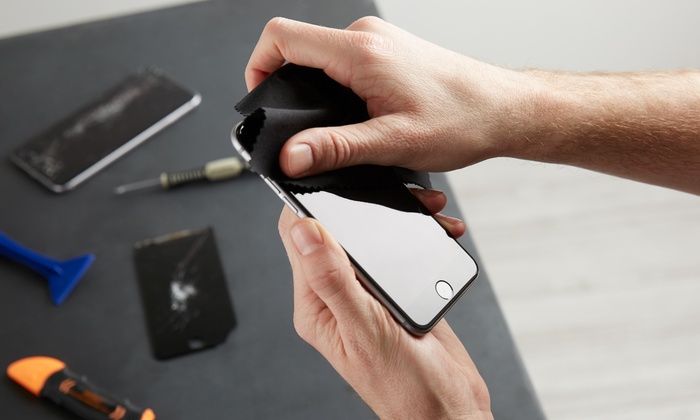 A smartphone is more than just a device to communicate with; it consists of many more features than simply the calling feature. Many use the smartphone for banking apps, finance, payment apps, music, movies, office & business use as well as for entertainment. The number of features being offered on the smartphone is on the rise as is the size of the device. It is becoming harder to fit the device in our hands and our pockets making it more vulnerable to damage. It’s easier for it to slip and fall and get damaged; since mobile phone covers are quite tough, the screen can still be damaged; if not taken care of in the right manner.

The smartphones that one uses are quite expensive, hence it makes sense to take basic preventive measures to avoid scratching the screen or breaking it. Screen protectors do a good job, however the phones available these days tend to have a tougher glass as well; making it harder to damage it. Damaging your mobile screen almost always means having to trust the experts for phone screen repair in Melbourne. The cost to repair the screen can be quite high, hence it is a good idea to take several precautions while using the device as explained in this article.

The screen is the second most expensive component of a device after the motherboard. The risk of damaging the screen is higher nowadays since the screen size is bigger. However, there are many preventive measures the phone owners can take to avoid this as listed here:

● Mobile screen guards are available in several levels of thickness The tempered glass can prevent the screen from being scratched and also protect the screen in the case when it falls. Although more smartphones tend to the tough gorilla glass which can prevent scratches and offers good resistance, it is still a good idea to use a mobile screen guard.

● Almost all of us tend to use a mobile cover to protect it. This is more often than not a fancy cover with a fancy design. Investing in a strong cover instead of a delicate one that helps protect your mobile device from every side including the top is a good practice and can save lots of money on mobile phone screen repairs in Melbourne.

● It is best to avoid using the mobile zipper pouch that is meant to be a water resistance cover for the phone for very long. Although it is quite effective in keeping water out it also helps retain moisture. Hence using it for an extensive amount of time can result in damaging your screen.

● The technology in our smartphones is getting better by the day and some of them also ship with high levels of water protection. Some of these devices are waterproof while others might simply be water-resistant. It is highly advisable not to test the water exposure capabilities of your mobile device unless it is a military-grade phone since they are still vulnerable to water and can potentially result in damaging your screen.

● In the case where the phone does get wet, it is a good idea to use a blow dryer, however, make sure it is in the cool mode.

● Taking up a screen protection plan may also be a good idea for those who tend to be very clumsy.

With an increase in the use of smartphones all over the world including Australia, they are more vulnerable to damage than ever before. There are several professional firms offering mobile screen repair in Melbourne, however, this can work out very expensive since the screens these days are very large and it is the second most expensive component of the device. It pays to take preventive measures and protect your phone against damage.