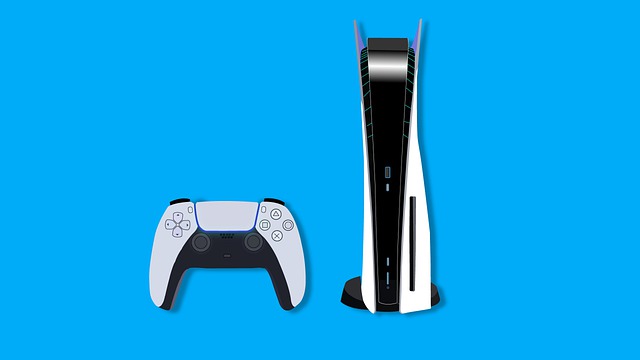 Sony has revealed the most anticipated PS 5 gaming console in the Indian market. So far and even the recent restock of the PS5 controller has taken place on 27th May. We hope you got one for your gaming setup. What was your reaction to its first look? We swear that you would have fallen in love with the futuristic look with the quality of life improvements and a real sense of the next-generation hardware. Apart from the main console of the PS 5 bundle, the most surprising thing is the controller. Sony has equipped this controller with lots of advanced features that make your gaming experience amazing.

What Does One Feel At The Very First Look Of The PS5 Controller?

At the very first look, you can feel that it is bigger than the previous PlayStation consoles (the PS 4 and its ancestors). Moreover, when you turn it to the rear side, you will notice that the LED is not there. In place of it, there is a USB C-type port. In addition to all this, what you feel is the smooth finish and redesigned shape with longer and beefier handles that ensure it fits in your hands.

Improved Adapter Triggers Than Before

The dual sense PS5 controller is the successor to the dual shock 4 to enhance the efficiency of the PS 5 controller. When you connect this controller to your gaming PC or smart TV, the first thing you will notice that the LED which you were searching for near the USB C-port, is around the rim near mini-joystick buttons in the form of an RGB light bar. Moreover, one can easily notice that Sony has improved the adapter triggers and vibrations in the PS 5 as compared to the previous PS 5 consoles. It lets you experience more immersive experiences through tactile feedback.

Also Read : How to Connect Bluetooth with Xbox One

The Create Button Packed With Lots Of Features

Buttons and d-pad push back quicker than the predecessors of the PS5 controller. Additionally, you won’t call them clicky because there is a clear sound and feel when you fully press the buttons or d-pad. Just have a look at the center column! Sony has replaced the share button with the create button here. This create button pulls up a system-level menu that allows you to choose between taking screenshots and recording a clip of what just took place. You can start a new recording clip to record your gameplay from the scratch.

Precision haptic feedback of the dual sense controller of the PS5 controller creates resistance in them to stimulate tension or otherwise provide physical feedback. As haptics are present throughout the controller, the most precise and time-synchronized feedback comes through the triggers. This feature makes the triggers the centerpiece of the dual sense. They are not only critical inputs but also the primary conduits through which the player can feel what a game is trying to tell.

Below the logo-shaped PS5 controller button, you have the new built-in microphone that looks like a tiny dot but it’s capable to pick any significant sound around it. At the bottom of the gamepad, there is a 3.5 mm audio jack for wired headsets and copper pickups which allow you to connect to Sony’s charging cradle. But this built-in microphone in the dual sense PS 5 controller is not the optimum replacement for a good headset because it can easily pick up any noise in your immediate vicinity like- phone ring or the typing notes of a mechanical keyboard.

Pros And Cons Of The PS5 controller Dual Sense Controller

Before spending money on this gaming console, we suggest you go through the pros and cons so that you may set your priority. Here are a few of them.

1.    No Need To Worry About The Decoloration Of Buttons

While in the previous versions of the PlayStation gaming consoles like- the PlayStation Vita, indication marks on buttons were made up of plastic paint. With the course of time and long gaming sessions, they often used to lose color. So, after that, the gamers have to play by just remembering the commands of buttons. But, here in the PS5 controller dual sense controller, Sony has used clear plastic instead of paint for marking the indications. Thus, without worrying about the decoloration, you can enjoy your gaming.

2.    Feel Even The Minor Sensation In The Game

In the previous versions of dual shock controllers, two rumble motors were deployed to impart false feedback which sometimes was not synchronized with real-time. Now, with the dual sense, the focus is two-fold with rumble motors being updated. PS5 controller With the haptic feedback, you can feel even the minor sensation in the game. It makes the gaming experience more realistic.

3.    Upload The Gameplay Video On Social Media With Lots Of Animated GIFs

The create button on the PS5 controller is a magic box in itself. With this epicenter of sharing clips, you can take snapshots, record your gameplay and share them on social media. Moreover, while sharing, you can use the in-built animated GIFs within the PS 5 system. In previous generations, it was integrated with only Facebook, but now you can share on Instagram and other social media platforms too. Because of this upgrade, the gamers are preferring this dual sense PS 5 controller rather than those working on dual shock. Because of the same reason, Xbox is also following the suits of the PS 5 controller.

In all the parameters, the PS5 controller dual sense controller lives up to the expectations but there are a few noticeable issues in the microphone of the PS 5 controller.

1.    Microphone Could Be Better In Terms Of Noise Cancellation

Even though the sound that the in-built microphone of the PS5 controller picks up is crisp and clear enough. But, in terms of noise cancellation, it could be better because it can pick the extra sounds around it, and probably you won’t like that.

Incoming chat audio from other players comes in through the dual sense’s internal speaker while you are using the controller mic.

3.    Sound Receiving From Teammates Is Low

While the microphone can easily hear you but you find it difficult to hear your teammates over the game audio coming through the TV.

10 Benefits Of Choosing The PS 5 Console Over The Xbox

Most of the users who are new to the gaming world, but want to buy a gaming console just because others are buying, are confused about making the right choice between the Playstation 5 or PS5 controller and Xbox One or Xbox S. The reason why they are taking the Xbox S as an alternative to the PS 5 is that the Xbox S is less expensive than the PS 5. But, how is preferring a PS 5 console to an Xbox S is advantageous for you? Let’s scan the reasons.

How To Connect The PS 5 Dual Sense Controller To The PC?

We have covered the specifications, pros, and cons, etc. of the PS5 controller and compared it with the Xbox. Now the question arises of how to connect the PS 5 dual sense controller to the PC.

This method is the easiest method to connect your dual sense PS5 controller to a PC. What you have to do is just plug the USB C end into your controller and the other end of the cable into the PC and right away your controller should light up as if it is charging then the color will change to a blue color as if it is connected. Now get into the steam and here you can navigate through all the menus. However, you are free to customize your PS5 controller.

Professional gamers majorly prefer this method to the previous one because you don’t have to worry about any cables hanging from your controller, breakage of cables, etc. Just bring your controller into the pairing mode by just holding down the PlayStation button and the create button for about 5 seconds. Flashing lights will let you know that it’s all set to connect.

Now on your desktop screen, go to the settings, then devices, and then Bluetooth or other devices. Then, select the Bluetooth option and a wireless controller will appear over there. Just press on it and it will instantly connect. In the PS 4, there was some issue related to connecting via Bluetooth but here in the PS 5, it connects the right way. When it is successfully connected, steam will notify you over the screen of the PC.

With the dual sense, Sony has made a comfortable gamepad for traditional gameplay and introduced futuristic features like- haptics and adaptive triggers. Up to some extent, the battery life of the controller is not that long in the dual sense controller. But it’s good that it can easily run up to 13 hours with advanced games. If you are a true gaming lover, there is a big YES from our side for the PS5 console.