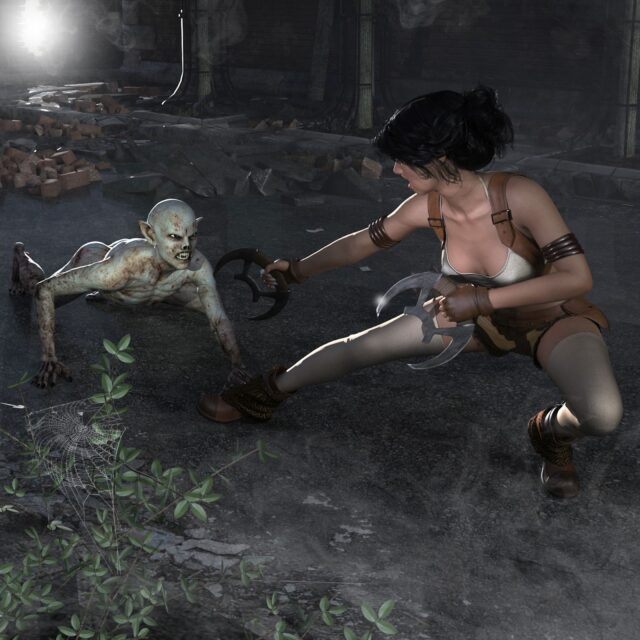 Some characters in the Underworld series stand out more than others. Whether it is because of their power, ruthlessness, or they’re cunning, these ten underworld characters are among the most feared and revered in mythology and legend. Moreover, it doesn’t matter whether you’re following the right order to watch underworld movies. From Morlocks to vampires, these creatures inhabit a dark and dangerous world where only the strongest survive. Here is a look at some of the most deadly and interesting characters from the Underworld.

The 4th or 5th century saw the birth of Viktor, a Vampire Elder and former warlord and commander of Hungary. Portrayed by Bill Nighy, the persona in charge of all things related to war and its aftermath. Viktor is a father figure, but he’s also a self-absorbed a**hole who exploits hatred to hold onto power. After murdering Selene’s family and starting the war, he adopted Selene and was later assassinated by Selene. As the vampire tyrant, Bill Nighy delivered a superb performance.

After the Antigen purges, a powerful leader of the Lycan race emerged. Marius, portrayed by Tobias Menzies, is the epitome of a villain, and despite the fact that he lacks much in the way of distinguishing characteristics, he is nonetheless a formidable adversary. He is to blame for “killing” Michael and stealing his blood in order to strengthen his own abilities. In hell, he comes very close to killing Selene with his beatings.

Portrayed by Rhona Mitra, Sonja is the young vampire Viktor’s daughter. We’re aware that everyone despises Sonja and thinks she’s a terrible Selene replacement. However, Sonja is a much more complex and compelling character who is just as fierce as Selene. Her infatuation with Lucian plays a significant role at the beginning of the conflict, and her death sparks it. Sonja stands apart from other vampires since she isn’t a jerk like most of the other vampire characters.

Played by Kate Beckinsale, Selene is a vampire that kills Lycans (werewolves) who killed her family as part of her job as a Death Dealer. She is the sexiest and baddest vampire in movie history. But what sets her apart is how she grows as a person. She initially has a limited personality, but each film adds a fresher dimension to her persona.

Lena, played by Clementine Nicholson, is a vampire fighter from the Nordic Coven and she is also one of the leaders of the coven, Vidar’s daughters. Lena is equally cool and eccentric. There is something captivating in her eyes. She does, however, demonstrate her fighter skill by slaying many Lycans with her sword, shield, and strange super-speed powers. Even Selene, who had been beaten by Marius, was saved by her from certain death.

Played by Kris Holden-Ried, Quint Lane is the son of Dr. Jacob Lane and an enhanced Lycan, also known as a “super-lycan,” who is bigger, stronger, and capable of healing themselves quickly. He also appears to be resistant to silver. Quint is awesome since Selene probably couldn’t defeat him in a fight, making him the only one on this list.

Semira, played by Lara Pulver, is an extremely ambitious vampire who is a leader in the Eastern Coven. Similar to Kraven, Semira lusts after power and does not care who stands in her way of achieving it. Because of her drive, she made it to the top of the list. It’s true that she’s a stereotype, but how she spins her web of lies requires a great deal of craftiness. She is to blame for Thomas’s death but gets what is coming to her in the end.

A terrifyingly ambitious vampire who is also one of the leaders of the Eastern Coven. Similar to Kraven, Semira, portrayed by Tony Curran, is driven by the desire for power and does not care who stands in her path. She made it onto the list because of her drive and determination. Yes, she is a stock character, but the way that she spins her web of deceit requires a great deal of talent. She is to blame for Thomas’ death, yet she ultimately succeeds in achieving her goals.

David’s mother, Amelia, is an Elder Vampire, and his father, Thomas, is the Western Coven leader. When David, whose role is played by Theo James, was introduced to everyone, they all thought he was a poor substitute for Michael. But in Blood Wars, his persona is fully explored, and he truly emerges as a well-rounded and reliable Selene ally. This is because the plot takes place following the Blood Wars. We all still want Michael to return, despite the fact that we’ve grown to like David.

There is no such thing as a more interesting story than one in which an ordinary person is thrown into an otherworldly battle and, in the process, discovers something special about themselves. So, that ended up happening to Michael, whose role is played by Scott Speedman. Upon discovering that he is the final member of a long-extinct bloodline, Michael transforms into the very first Lycan/vampire hybrid.

He is superior to any Lycan or vampire in terms of strength and speed. Moreover, he is the first and only male ever to win Selene’s heart, and he is even the father of her daughter, Eve. It is a tragedy that Michael has appeared again after Evolution (while he did make cameo appearances in Blood Wars and Awakening, these appearances are in no way comparable to the original).