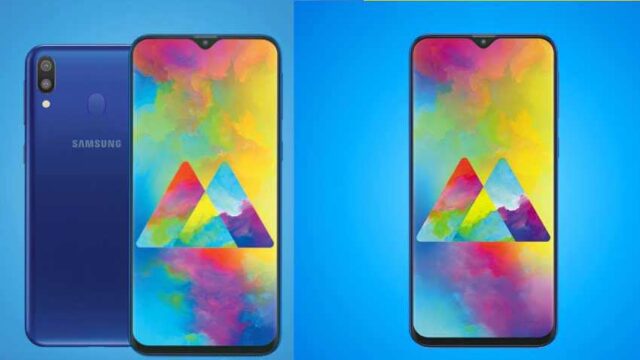 With the increasing digital penetration, India is now the second biggest smartphone market in the world. In 2016, only 18% of the population had access to smartphones. That number increased to 36% in 2018. In 2019, the number of smartphone users in India crossed the 500 million mark.

Today, initiatives like ‘Make In India’ are encouraging more and more domestic brands to come forward with their own line-up of mobile phones. If you’re thinking about purchasing a smartphone from a domestic brand, here are some of the best Indian mobile brands you can consider. Have a look at these phone-

Micromax Informatics is an Indian mobile phone manufacturing company based out of Gurugram in Haryana. Although it started as an IT software company, it later entered into the mobile phone manufacturing business. The brand offers a wide range of products across the various segments, starting with the Micromax Bharat 2 Plus, which comes under the Bharat series. The aim of the Bharat series is to produce the cheapest smartphones with 4G connectivity, and the Micromax Bharat 2 Plus smartphone is priced at around Rs. 4,499. The Bharat series also has slightly bigger phones with more features, like the Micromax Bharat 5 Infinity Edition that comes with a 5.45-inch screen and 5 megapixel camera.

Other than the Bharat series, the Micromax Infinity N12 and Canvas 2 Plus are also great smartphones under the Rs. 15,000 mark. These are widely considered to be some of the best camera phones under 15,000 INR.

YU Televentures was formed when Micromax Informatics joined hands with Cyanogen Inc. The brand is known for its low-priced 4G phones. Some of the YU phones in the market include Yu Yutopia, Yu Yunicorn, Yu Yureka Note, Yu Yureka S, Yu Ace and Yu Yunique 2 Plus.

iBall is an electronic company based in India that manufactures electronic devices like computers, laptops, tablets and smartphones. The brand offers numerous smartphone models starting from the sub-5,000 range. The iBall Andi 5G Blink 4G, priced at an impressive Rs. 4,890, comes with a 1GHz processor, a battery life that can last even 3 days, and a 5MP rear camera along with a 2MP front camera.

Some of the other splendid iBall smartphones available at prices below Rs. 10,000 are:

Xolo was the first Indian brand to launch phones with an Intel processor. The Xolo X900 comes with an Intel Atom Z2460 processor, which ensures smooth working of the smartphone. Another excellent smartphone model by Xolo is the Xolo ZX, which comes with a 4GB RAM and 64GB in-built storage. It can be considered one of the best camera phone under 15000 manufactured by an Indian brand, as it has a whooping 16MP rear camera and a 13 MP + 5 MP dual front camera set-up. The phone only costs around Rs. 11,800.

Intex is one of the largest domestic smartphone manufacturers, and offers excellent phones that are known for their battery life and durability. The Intex Indie 11 and Indie 22 are two such models, which have also won over the local consumers due to their performance.

Reliance LYF, simply known as LYF was founded in 2015. It is a subsidiary of Jio that manufactures 4G smartphones at affordable prices. Their 4G smartphones are named EARTH, WATER, WIND and FLAME.

You can now buy the latest smartphone from your favourite Indian brand with the Bajaj Finserv EMI Network Card, which allows you to pay for your products in easy EMIs. You can buy anything — from your favourite gadget to a kitchen appliance to groceries, and pay for them in convenient monthly instalments.