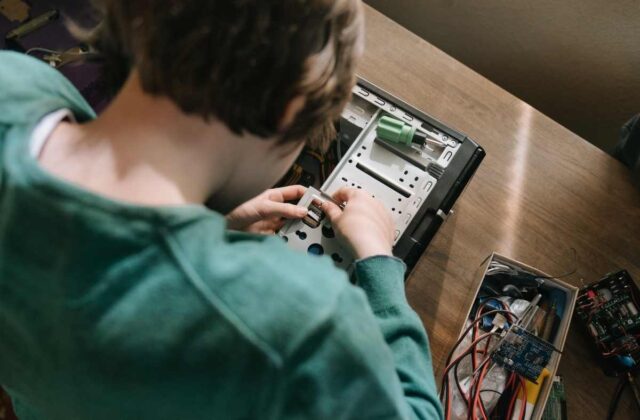 When people hear about trading, the first thing that comes to mind is the strong computer processors, several monitors spread over the table, and strong software. Processors are becoming more and more difficult to perceive due to unstoppable developments. Several years ago, we were very limited with our options in processors whose main technical characteristics were depending on the speed of the clock speed. Nowadays, there are many different options, currently, 81 different CPU’s to buy not. However, it makes the decision process even more difficult. When a trader wants to buy a computer for trading the stock or forex, it is to thoroughly analyze the processor capabilities. One of the most important aspects to look at is the machine performance and suitability to the budget.

Single thread speed evaluates the speed of the processor and how quickly it can finalize a workload. The thread is one of the parts of the processor that computes data, more like a gate, that accepts the date and gives it the direction to achieve the final result. The single thread speed is a summary of a processor’s speed in the real world. Taking all of the many components of a CPU, such as clock speed, IPC, turbo speed, etc and figuring out how they work together to execute tasks efficiently.

The research shows that this speed rating has the best correlation with real performance in the great majority of trading applications. As a rule of thumb, the higher the single thread speed, the faster the CPU will execute the trading software. This implies that the data which is incoming from the broker are turned into charts way faster and tickets are opened and then delivered back to the broker at a high speed. Both of these operations need some amount of calculation from the computer processor, it is better for it to finish these jobs faster.

The number of advantages when the trader is having more CPU cores is determined by the software itself. Some applications are built to increase and employ as many CPU cores as they can. This usually applies to software that requires a lot of heavy processing, such as CAD rendering and video editing or rendering. These are called multi-threaded workloads.

When you want your computer to convert one video into another, it must generally access all the frames of video footage, conduct some sort of operation on it, and then go on to the next. With a typical video frame rate of 60 frames per second, converting a 10-minute video requires processing 36,000 frames of the video. If the identical operation was conducted on a CPU with four threads, it would take only 5 hours to complete. Investing in a faster CPU with a larger core count would greatly benefit someone who does this on a regular basis. With half a second of processing time per frame and 8 cores at their disposal, this 20-hour operation might be completed in under two hours.

Generally, all the trading software or platforms are not multi-threaded. For example, the MT4 software which is used by many brokerage companies, for example by Milton Prime, is not multi-threaded as well, which makes it more widely used and this is why it is implemented in many different trading platforms. Going for processor cores that have large numbers in order to help the trading platform operate faster has few advantages; they will have no effect if the program is not multi-threaded. When it comes to multitasking on computers, the sole advantage of having multiple processor cores is that it may not be beneficial to your specific workflow.

The core count is one of the most important aspects to be considered in terms of modern processors, which is also often misunderstood. It is more like an individual CPU, that processes a set of instructions. For example, if a processor has four cores, then its four threads may function at the same time. This has a major impact on the CPU’s run, but it is not as simple as it might sound, because it has to do with how the software functions.

Several intel processors also contain a technique which is known as HyperThreading, which allows one certain core of the CPU to have two threads, therefore, in principle, HyperThreading on a quad-core CPU implies it has eight processing threads accessible simultaneously, much like an eight-core CPU without HyperThreading.

While most software is not built to scale up to employ all of the machine’s available processing thread, windows will do so and will distribute the program among them. This implies that if you use a lot of applications at the same time, having a greater CPU core count in your trading machine will provide a real-world benefit.

If you run two trading platforms each of which can utilize two processor threads, windows will allocate processing among the available threads on a four-core CPU, guaranteeing that there are no delays while waiting for one operation to complete before starting another. That is a vastly oversimplified statement since, even if you are just running two apps, Windows has a lot of work to do in the background to keep things operating, and it is continually assigning work among your CPU cores.

That is to say, having more CPU cores can assist keep a system working smoothly when there are more applications and charts running.