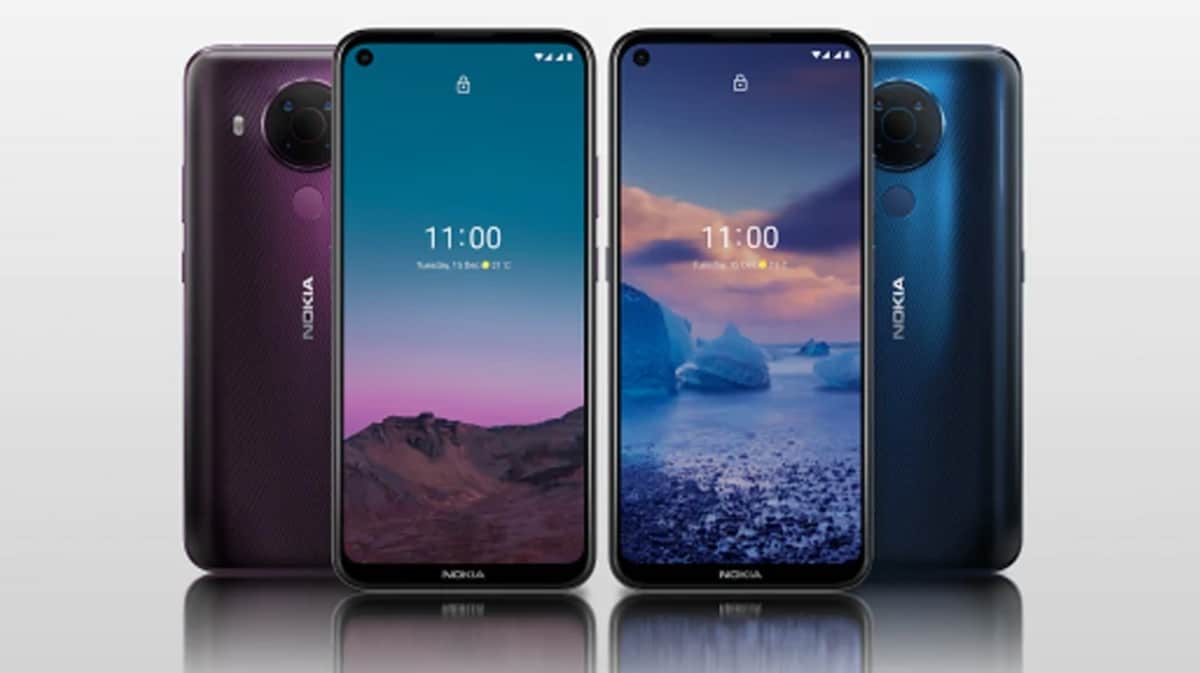 According to a report by NokiaMob, Nokia 5.4 is getting the December security patch. The update is 43.11MB in size, and the report says that the update should be available globally. Additionally, Nokia 6.2 and Nokia 7.2 have also started getting January Android security patch. Nokia 7.2 update is just 5.86MB large, and the update for Nokia 6.2 is 5.89MB. The report mentions that eight Nokia handsets have received the January update.

Nokia 5.4 features a 6.39-inch HD+ display. It is powered by a Qualcomm Snapdragon 662 SoC, coupled with up to 6GB of RAM. For photos and videos, there is a quad rear camera setup that houses a 48-megapixel primary sensor. The phone also comes with a 16-megapixel selfie camera at the front. The phone packs a 4,000mAh battery.

Nokia 6.2 features a 6.3-inch full-HD+ display with HDR10 support and Gorilla Glass 3 protection. It is powered by the Qualcomm Snapdragon 636 SoC, paired with 4GB of RAM. Additionally, the phone packs a 3,500mAh battery. It comes with a triple rear camera setup that comprises a 16-megapixel primary shooter, a 5-megapixel depth sensor, and an 8-megapixel wide-angle shooter. At the front is an 8-megapixel snapper.

Nokia 7.2 features a 6.3-inch full-HD+ display with HDR10 support, and Gorilla Glass 3 protection. It is powered by a Qualcomm Snapdragon 660 SoC, paired with up to 6GB of RAM. The phone houses a triple rear camera setup that includes a 48-megapixel primary sensor, an 8-megapixel secondary sensor, and a 5-megapixel depth sensor. There is also a 20-megapixel selfie camera. The smartphone packs a 3,500mAh battery.

What will be the most exciting tech launch of 2021? We discussed this on Orbital, our weekly technology podcast, which you can subscribe to via Apple Podcasts, Google Podcasts, or RSS, download the episode, or just hit the play button below.