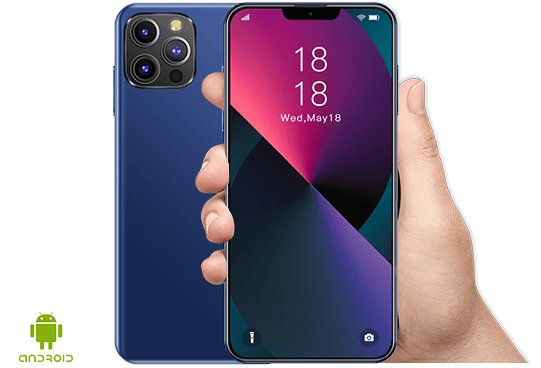 MaxPhone Review – The smartphone industry keeps growing every year and it’s only getting bigger and better. New phones are like alien tech compared to smartphones of ten years ago.

The first generation iPhone had a rear camera of 2 megapixels but the newly release iPhone 13 has two rear cameras of 12 megapixels each! The rate at which technology develops is amazing.

The iPhone 13 costs upwards of a thousand dollars and the higher end version (the max pro) can reach up to $1499 (depending on the size of the memory), this is way too expensive for a lot of us, there has to be a better option.

Today I am here to review a new smartphone on the market that claims to provide just as much value as today’s best smartphones at less than a quarter of the price.

The MaxPhone is a smartphone that runs on the Android operating system designed to be the “expensive smartphone killer”, they tried to combine all the expensive high tech features into a budget-friendly phone. Were they able to pull it off? I don’t know, read on and you tell me.

First thing you might notice about the MaxPhone is its close resemblance to the iPhone with its touchscreen that spans almost the entire front surface of the phone. The screen has a 5.7-inch HD+ display (Crispy clear images anyone?)

The back of the phone contains a dual main camera, multimedia speaker grille and a fingerprint sensor (which has a speed of 0.1 seconds, to put that into perspective most high-end phones have fingerprint sensor speeds of around 0.8 to 1.5 seconds)

The Xone Phone comes with a RAM of 2gb and a flash memory of 16gb but this can be extended up to 128gb with the use of a memory card.

For this we really think its because they have focused on the most important things:

What I Like About The MaxPhone (Max Phone Review)

The MaxPhone has an impressive HD resolution display, as stated in the table above (720p HD+ Resolution to be exact) coupled with its great screen size that almost takes up the whole of the front panel, you are in for a unique experience.

Your movies and gaming will be crystal clear on the MaxPhone.

The Camera is a major differentiator between low-end phones and high-end phones. The camera is what separates the cheap phones from expensive ones.

Unfortunately, we don’t think the camera on this phone will impress you that much if you’re used to the quality of the iphones of nowadays, the iPhones and Samsung phones of today have raised the bar so high.

The camera quality of the Xone phone is good but in comparison to the high-end phones of today, it doesn’t match up. I guess that’s why it costs $398 not $1199.

Although, I think its unfair to compare a $398 phone to a $1199 phone. its expected that the heavily priced android and iPhones would have a higher camera quality.

MaxPhone Is Simple To Use

A very big problem most phones have is that they can be very difficult to use, in the sence that putting together the instructions on how to operate the phone tends to put the user in so much confusion they by the user finds a third party to explain a phone which he/she just bought But compared to the Max Phone, it doesn’t cause such stress, Its very easy to use.

MaxPhone has its customers in mind that’s what makes them unique. The instructions provided are very easy and understandable so using the phone won’t cause any difficulty.

The MaxPhone makes a big comeback with its impressive battery life. It boasts a 3350mAh battery (more capacity than the iPhone 11 which is 3046mAh). This is more than enough to last the whole day under normal use.

The MaxPhone has a fingerprint sensor located on the back. It has a response speed of 0.1 seconds which is one of the fastest fingerprint response speed on the market so far. Once you place your finger on the sensor it unlocks. You no longer have to memorize complex passwords and patterns just to unlock your device.

The MaxPhone is extremely affordable, most smartphones built with the features the MaxPhone cost more than hundreds of dollars, we already saw how the new iPhone costs up to a thousand dollars.
The MaxPhone costs $398 only. This is a reasonable amount to spend on a mobile phone for most people. We think its a plus.

MaxPhone Comes With Everything You Need

Not only does the MaxPhone offer almost every language you can think of, but it comes with all you need to get going.

Too many phones require you to buy separate products to get the full experience, but not MaxPhone.

Final Thoughts on the MaxPhone

The MaxPhone is a phone that tries to solve a crucial problem that a lot of people have, you might even have this problem too.
They try to make a smartphone that has the features and design of the world’s best smartphone affordable for all.

Unfortunately, you can’t cram all the features and technology the big brands (iPhones, Google Pixel and Samsung) have and still maintain a low price.

You can trust, they did a good job.

Who exactly is the MaxPhone for

The MaxPhone is for people who don’t really want to cough up to a thousand dollars to purchase a new phone.

….then the MaxPhone is right for you. A feature-packed phone with a low price is what the MaxPhone is about. If you’re interested in getting this phone click the button below. You’ll definitely get your money’s worth.

Since we first wrote this, many people have asked us where to get the best deal on MaxPhone. The brand is actually running a promotion right now: Free Shipping on ALL orders and a 100% money-back guarantee with a 50% discount offer with free shipping, so you can try MaxPhone risk-free. They’re also running some special deals if you buy more than one. Click the button below to get your special deal –