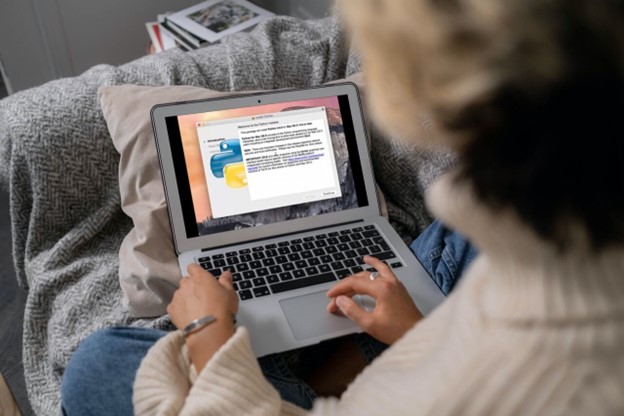 Development tools and IDEs are essential for programming. IDE stands for an Integrated Development Environment, and just as the name suggests, it is a digital environment used to develop games, software, hardware, just about anything with code that offers integration or control over many aspects of development from debugging, which means adding removing or changing code that prevents your program from running as intended all the way to compile which roughly means taking your code and turning it into something that computers can understand. In this article, we will discuss some of the Python development tools.

What are some of the Python development tools?

What are Some of the Python Development Tools?

PyScripter is an IDE, an environment that supports writing, editing, running Python code, and Python scripts. It is free and open-source. The Python IDEs area is competitive. There are a lot of other IDEs around, but PyScripter aims to strike a nice balance between being powerful and feature-rich and also lightweight, not imposing a heavy burden if you have a burden on your computers.

It strikes a nice balance between being easy to use for new users and having enough power to attract professional users. It was developed in Delphi. In fact, it draws from Delphi some of the aspects of the user interface, and it is not a new kid; it has been around for a long time it has an established user base.

IDLE as a GUI?

IDLE is developed entirely with Python using the Tkinter GUI toolkit and is integrated with a default language. It offers basic functionality and a clean interface for coding. It is ideal for beginner programmers who want a lightweight environment to start coding with Python.

IDLE has two main window types: the shell and the editor windows. The shell is a Read Eval Print Loop or REPL for short, allowing programmers to evaluate small code snippets using the Python prompt. The editor offers basic syntax highlighting code completion and auto-indentation for saving .py files. You can download the latest version from python.org [1].

What Features Does PyCharm Offer?

PyCharm is for professional developers and beginner programmers who want a more full-featured IDE. There are two versions available – paid professional or community edition which is free to use.

PyCharm is pretty easy and straightforward for beginners, mainly because it comes out of the box. You do not need to install any extensions or plug-ins to run and develop Python code.

However, there are many plug-ins available to extend its functionality if you choose. Deepen your capabilities with plug-ins such as typescript integration, integrated debugging, and embedded git control. For code debugging, you can also install extensions like IntelliSense.

PyCharm is by far one of the most popular code editors for python for good reason. This IDE is based on the JetBrains IDE, which you can also get in other programming languages. It comes with a full package that will install the code editor easily and set up your Python runtime environment on your local computer, which is very useful. This is great for beginners because you do not need to download and install Python runtimes manually because of the straightforward setup wizard.

When to Use Visual Studio Code?

Visual Studio Code comes fairly complete, but many plug-ins are available to extend its functionality. Typescript integration, integrated debugging, and embedded git control beginners might find the editor overwhelming. Still, the debugger is useful with syntax highlighting and stepping into functions or over visual integration code created by Microsoft, and it has an interactive community that regularly publishes plugins.

It is very lightweight and highly customizable. It also has a marketplace to search and install custom extensions easily. One great thing about Visual Studio Code is that you can easily integrate that with other Microsoft open-source tools like docker desktop other windows subsystems for Linux.

However, Visual Studio Code is perhaps not as straightforward as PyCharm in installing and configuring your Python runtime environment. You either need to download and install it on your Windows operating system to run Python applications OR install the Python runtime environment if you are using a Windows subsystem for Linux before you can run and debug programs with Visual Studio Code.

Is Mu Worth It?

Next up is Mu, another Python code editor created for beginner programmers. It is developed entirely with Python and was originally created as a contribution from the Python software foundation.

Mu offers basic functionality and a clean interface for coding. Mu’s shell and editor window are combined into one application, unlike IDLE, which creates a more integrated environment. The debugger allows beginners to use breakpoints and code inspection to view the status of objects in scope and fix coding issues when they occur.

Thonny was developed at the University of Tartu. It comes with a simple debugger that allows programmers to run their programs step-by-step without breakpoints needed. It can evaluate expressions variables and structures easily. Programmers can open an integrated system shell to install extra packages. The debugger can step into functions or over to understand the concept of flow control within the code, allowing beginner programmers to see how it works.

Spyder is an acronym for the Scientific Python Development Environment. This IDE uses the iPython console, allowing programmers to explore code segments by line, cell, or file. In addition, programmers can debug nested code and variables, which is helpful for beginners who wish to use it for data analysis.

How Does Eric Work?

Eric is a system that supports version control systems, including git and integrated debugger to analyze code and syntax. It is tailored for more advanced programmers who use data analysis. However, beginners can still benefit from the advanced debugger and interactive shell.

The ATOM code editor is an open-source IDE built with HTML, javascript, CSS, and node.js. It can be used as a basic editor or extended with the built-in package manager, which supports git version control. In addition, it has syntax highlighting and a debugger to analyze code.

Why is Sublime Worth It?

The Sublime code editor is developed with C++ and Python and is very lightweight. It has code auto-complete, auto-folding, system highlighting, and a basic debugger. Sublime Text can be extended and customized within plug-ins and themes downloaded from the integrated package manager. Sublime Text can be integrated with GitHub, bitbucket, and the package manager, and there is an interactive community that publishes plug-ins regularly to enhance its capabilities.

There are a lot of python editors and IDEs available. We can clearly see that PyScripter offers many unique features among these development tools. Of course, there are many more to choose from, but now you have a good understanding of popular development tools!

Head to the Embarcadero site to download PyScripter for free!

Custom Paint by Numbers: How to Pick a Canvas Based On Your Photos