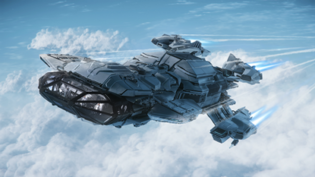 Beginners are excited to start the journey in the world of Star Citizen, and the first step for them is to select the suitable Starter Ships/Packs in the game. A good ship in the universe will help players explore the secret areas and complete missions a lot in Star Citizen. There are some choices for you to consider in this article. You can read this article to select the right ship for your first journey in the game. Moreover, players can buy Cheap Star Citizen aUEC to level up your ships in the game in order to complete more complex missions.

The Aegis Avenger Titan is always the first choice for beginners in Star Citizen. It can provide a lot for players. For instance, some cargo space, some combat capability, fast speed. It is a jack of all trades of ship that offers almost everything when starting out. Due to 8 SCU of cargo space, you can make some cargo runs or do courier missions. It also equips with a bed where you can log out without landing at a space station or planet.

The most attractive part of the Avenger is that many other starter ships mainly rely on cargo, while Avenger can complete both cargo and combat equally well.

The RSI Aurora series is the original starter ship. It is cheap and fragile. It can only carry you from A to B. If you have no idea about ships in the beginning of Star Citizen, the RSI Aurora is a good choice. Many beginners are willing to buy this ship in the game. Because it will save you a lot of extra money in the process of Star Citizen.

The CL variant is for trading, you can buy the ES in the cheapest prices. LN is used to combat and LX is for luxury. You can choose the CL or ES at first.

Although the Pisces is not normal starter ship in Star Citizen, you can have good experience on it when you play with friends. It is an original versatile starter ship with some cargo capacity, two extra seats for your companies, some offensive capability and the ability to complete courier missions.

Many players choose to use this ship because of the timely update of ship. The Pisces always brings many new cool bells and whistles, which attract a lot of new players in the game.

Due to the same price range, the Mustang Alpha is the competitor to the RSI Aurora. There are differences between look and feel in these two ships. Compared to the Aurora, the Mustang is slightly good at combat. If you are lack of an aggressive starter ship, you can choose the Mustang. On the other hand, the Auroras provide more versatility instead of inferior combat performance. For instance, the Aurora offers some extra room in the cabin where you can carry some extra stuff there.

The Origin 300 series ships are also good starter ships for players in the beginning. The 300i is the base variants and it can be your starter pick. The other 300 series variants contain a racer, explorer and a fighter. They are suit for players who plan to specialize later. You should keep everything simple with your first ship. So, the base 300i model is a good choice for you.

Some players may like the sleek and stylish style of the 300 series ships. And they also offer good support for your missions in the process of exploration. It can be the solid alternative to the Avenger Titan in Star Citizen.

There are a lot of good starter ships in the world of Star Citizen. You can select one of the following ships from the article. And if you want to upgrade your ships later, you can Buy Star Citizen UEC to collect good materials for your ship. They can strengthen the ability of ships in the end.