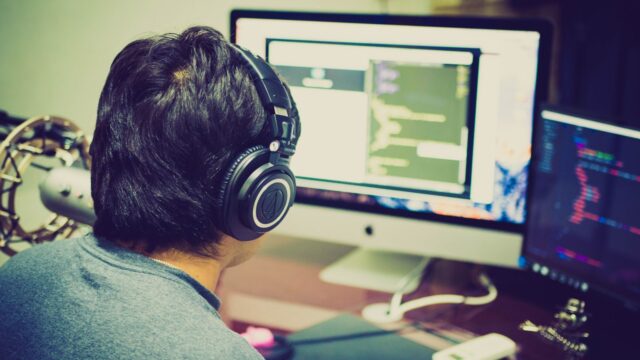 Over the years, many PC games have been released that have achieved legendary status. These titans of the game world are played and replayed even a decade after their initial release and go down in history as the best games ever created: Red Dead Redemption 2, Halo: Combat Evolved, God of War, Street Fighter II, Super Mario Bros, Last of Us, Witcher 3: The Wild Hunt, and Castlevania: Symphony of the Night. These are titles that helped steer the course of the games in their genre that would follow after them. They each set the standard for what would come next, and without games like this, we wouldn’t have the incredible AAA titles and indie games that are released today.

Whatever you like to do when you game, from trying not to fold in poker to growing a dynasty to fighting aliens on a foreign planet, there are some games that just stand out as the best of the best. Join us as we count down the top ten games that you can play on PC in 2022.

Image by Hitesh Choudary via Pexels

Though V Rising was released in 2021 for early access, the game was a little bit of a slow starter and has garnered more fans this year than it did at its release date. Naturally, since the game is only in early access, there are areas on the map that aren’t as fully developed as they will be. Still, the world that is available to play is rendered in such stunning detail that you won’t turn to any other vampire game any time soon. You play a weakened vampire and must restore your strength by seeking blood and gaining an understanding of the world that changed while you were locked in your coffin.

The fourth iteration of the Galactic Civilizations franchise does not skimp out on the strategy and incredible design that we have come to expect from it. In the game, you can choose to play as any one of 18 civilizations. There are fan favorites from the previous games and a few new options to choose from as well. The aim of the game is to expand your civilization and grow across the galaxy, taking out all the enemies in your way.

There is never a bad time to play a Lego-themed game-ever! Even better if that game happens to be a Star Wars one. Step back into the extensive world created by George Lucas with a block-building twist. You get a real chase as space exploration, and elements of all the films are included in the Skywalker Saga.

Not all the games on our list are perfectly polished quite yet; Tiny Tina’s Wonderlands is an excellent example of a game that could use some re-working but is still an incredible game precisely as it is. Many Borderlands fans were worried that the games would be too much alike, but thankfully the differences are numerous and obvious. Tiny Tina is your guide through this tabletop tile world but be warned; rules seldom apply!

Image by Yan Krukov via Pexels

Only expert players need apply because Elden Ring is one of the most challenging games to have been released in the last few years. The depth and intricacy of the world, the design, and the tasks you need to carry out in the game are truly astounding. Though the difficulty level is daunting, the gameplay is gratifying and worth the effort. Fall into a fantasy world to rival the best of them in this open-world spectacular.

It’s not easy to smash player records set by games like DOTA, but Lost Ark managed to do it. The sheer amount of content within the MMO game world is astounding and makes it worth the wait that early players would have had to get onto servers. The wealth of classes means that every kind of PC player can have a good time.

Sequels to games like Dying Light are often incapable of living up to the standards set by their predecessors, but Dying Light 2 is not taking a back seat to any title, ever. You play as Aiden- a traveler trying to find his sister in a zombie-infested city. You’ll need help to find her, so you trade your skills for the assistance you so desperately require. The storyline is emphasized a lot more in DL2 than it was in the first iteration, but none of the other aspects of the game are diminished for it.

There’s nothing quite like a classic card game, and Yu-Gi-Oh doesn’t disappoint. Master Duel is a higher level of play to give dueling masters a chance to really stretch their legs and test their skills. This highly competitive game is straightforward to play but be warned, you’re in a deeper pool than before.

Image by Robert Nagy via Pexels

This game hardly needs an introduction; we are just so thankful that it’s available on PC that we had to add it to the list! God of War sees Kratos and Atreus carving a bloody path through the game’s expansive world. Experience a new take on the world of Norse gods and myths as you battle your way through a poignant storyline, which is much deeper than it appears at first glance.

Closing out our list at number one is Monster Hunter Rise. Take on a legion of beasties and try your best to come out on top as a rookie monster hunter, or pay the price for your failure. The game is full of creatures, both evil and benign, as well as puzzle after puzzle for you to solve.

There you have them: the best of the best PC games to play in 2022.