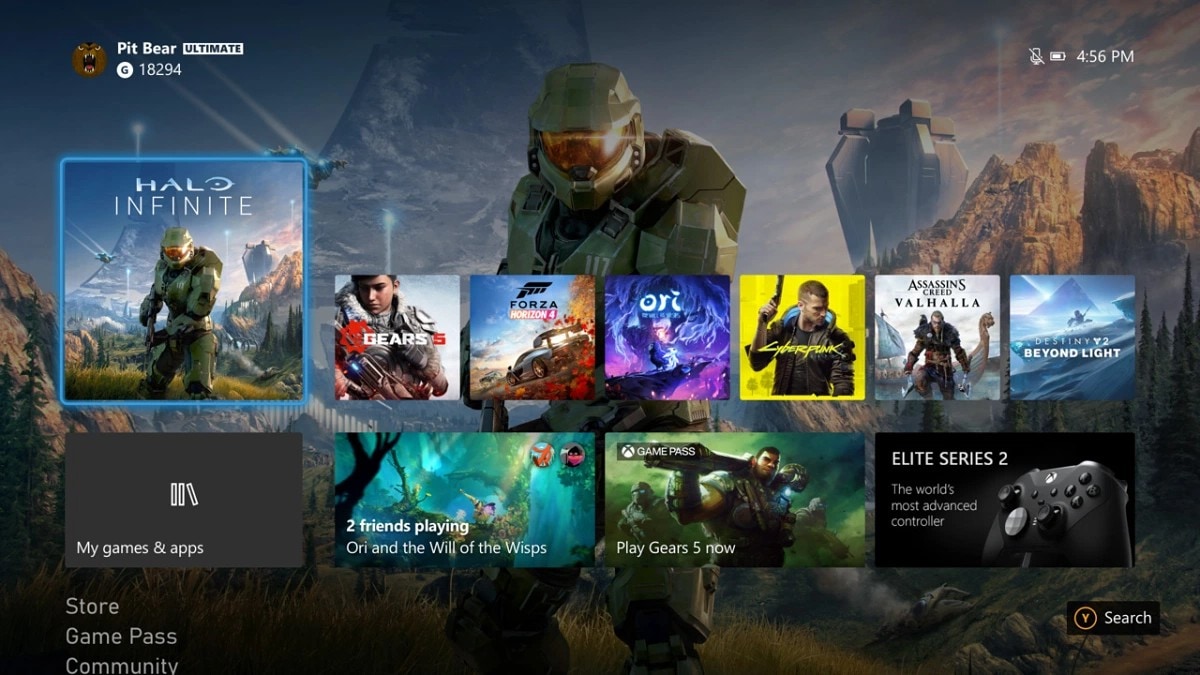 Xbox One has received Microsoft’s new Xbox UI that will be present in the Xbox Series X and Xbox Series S at launch. The new UI is a part of the October update for the now last-gen Xbox One. It brings a refreshed look and feel with stylised icons and the updated Xbox Store. The notification inbox has been refreshed as well. There are new profile themes and it’s now much easier and quicker to find what you’re looking for. The October update rolls out this week, as per Microsoft.

The Xbox UI update will start rolling out to Xbox One consoles ahead of the Xbox Series X and Xbox Series S launch on November 10. Microsoft shared the development through an official blog post, stating that fans will immediately notice a brand new look and feel that makes the console more approachable. Improvements to the Xbox Home and the Guide will allow users to get started quicker.

Microsoft says that all Xbox products across console, mobile, and PC will have the same visual style. The tile shape, font, and focus indicator have seen some changes as well.

Users will now be able to select from several different themes for their profiles, including profile themes and game themes. As of now, Microsoft has added three new themes to celebrate the upcoming Xbox One X and the Xbox One S.

The company has made some “quality of life” improvements that include a new way to sign in. When a user signs in with an Xbox account, the console will be personalised for them allowing easy access to games, their friends list, and more. The Home experience has been redesigned as well.

The October update adds support for four new languages – Hungarian, Greek, Solvak, and Czech. Microsoft will be looking at user feedback to improve on the features and the interface. This will allow the company to offer a more unified experience on the Xbox One and Xbox Series X/ S consoles. Microsoft showed off the new Microsoft Store of Xbox refresh back in early August and then later in the same month, revealed the new Xbox Guide.

Will Xbox Series S, PS5 Digital Edition fail in India? We discussed this on Orbital, our weekly technology podcast, which you can subscribe to via Apple Podcasts, Google Podcasts, or RSS, download the episode, or just hit the play button below.