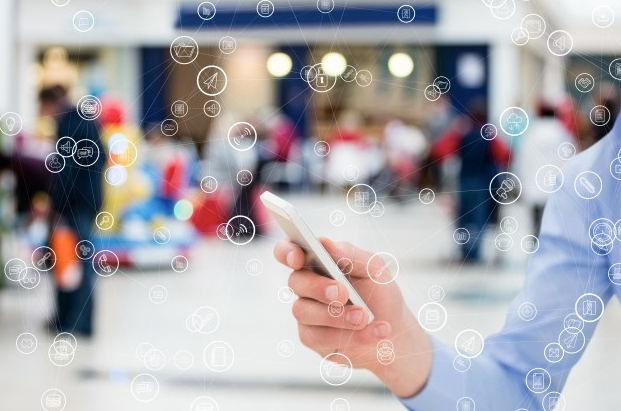 The rapid adoption of smartphones has enabled the world to use technology beyond just to serve the purpose of establishing communication. The number of mobile Internet users is mounting up faster than desktop ones, and there’s a solid reason behind that. Whether it comes to ordering food, booking a ride, spa, or pest control, mobile apps have digitally transformed almost every aspect of life and streamlined day-to-day activities.

In mere five years, mobile apps have changed the way people live and go about any other task massively. Even if we consider counting on the numbers of app downloads in the first quarter of 2020, it is approx 34 billion, the highest to date. The numbers are definitely going to increase in the coming years, leaving the leading mobile app development companies, as well as the users, astonished.

There are a lot of buzzwords going around the globe concerning open and closed ecosystems for softwares and apps. However, there are many business leaders who get apprehensive of or scratch their heads when asked the meanings of an open ecosystem. The ecosystem, in general, means a biological community in the physical environment.

However, it becomes the need of the situation to understand it via an example when it comes to technology and the mobile app industry specifically. So let’s take your smartphone and the apps in that as an example. Each of the apps in your phone works in synchronization even though they could have existed as a standalone solution. But they work so well when they are together. That’s an ecosystem of the smartphone.

How Open Ecosystems Are Changing the Face of Mobile Apps for Users as Well as Developers?

The fact that these apps give users a personalized experience, starting from saving your order details to sharing live locations with friends and families, makes it so adored by everyone. These apps help enterprises evolve their business’ modus operandi, allow users to avail of amazing features, and eventually make them brand-oriented. But how exactly does the OS of the open ecosystem be implemented by the app stores and users? Here are three major reasons why the open ecosystem is going to be the thing of coming age mobile app development.

The app market has evolved significantly in recent days. There are many big-wig companies that have opened their doors for third parties integration and allowing developers to build solutions that could leverage users around the platform. Google is a very common example of a company that works in an open ecosystem model. While this innovation has led Google to earn fame from several households, from a user perspective, the power of an open ecosystem is facilitating them to experience the customization on their level. The crux of developers subsidizing one party to create an app on an open-source model is to satisfy the UX to a great extent.

Major companies who have renowned their names in the market focus on putting developers on the driving seat of app innovation and enable developers to create apps that offer an out of ordinary experience to users. The seamless integration and adoption of next-gen mobile app development technologies allow developers to create apps for users that make them understand the capabilities of contemporary mechanics beyond the imagination. The open ecosystem, besides, creates a self-sustained market for developers. The freedom of using the platform under a specified condition is proving to be favorable for developers and all those who are associated with the process in any way.

The dynamics of ecosystems and developing communities go hand-in-hand. While openness and economic opportunity play a bigger role in shaping the ecosystem for an app, capturing a full value of ecosystems, on the other hand, is vital than anything. As we spoke earlier about how apps have benefitted users and developers, a lot of apps have easily contributed to managing work remotely which is resulting in evolving communities. During such times of pandemic where the majority of companies have been advised to abide by work from home guidelines, working remotely has become new normal. Apps like Zoom, Slack, Google Meet, etc., are helping teams stay connected and make the communication hassle-free and effective.

Many companies have open-heartedly welcomed the developers to integrate the third-party apps using their platform which has eventually led developers to cherish the value of the open exchange platform. Investing in an open-ecosystem enables vendors to discover new opportunities and esteem the adaptive environment.