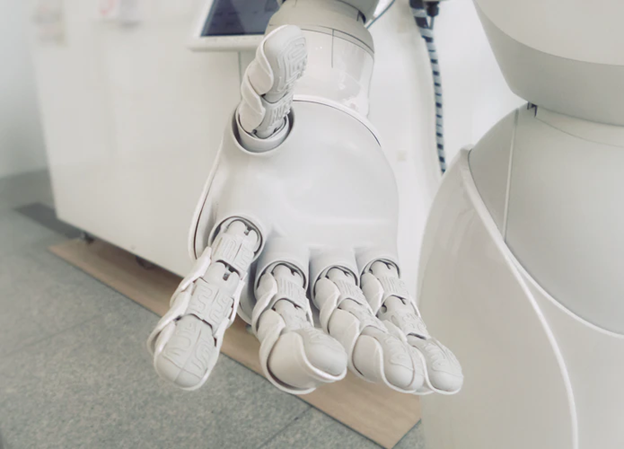 Whether you have noticed or not, robots are taking over the world. But in a good way.

Robotics Is No Longer Confined to the Manufacturing Industry

Robots have been used in manufacturing for quite some time, and with innovations in robotics happening all of the time, many countries are ramping up the use of robots in certain industries.

For instance, Denmark, perhaps surprisingly, is now the seventh most robot-dense country on the planet, which means the number of multipurpose industrial robots per 10,000 workers in Denmark’s manufacturing sector. The robotics industry is especially thriving in the Danish city of Odense, in which over 120 robotics companies are located.

But it is no longer only the manufacturing industry in which robots are used. In Denmark and countries all over the world, bots are used in all kinds of sectors, for example in online casinos. With the exception of live casino games like live dealer roulette, where you play games with real-life human dealers, the majority of online casino games are automated via bots. So, robots, and the technology behind them, are being used all over the world in a wide variety of ways. Now, let us take a look at the coolest robots in existence right now.

The London-based company Moley Robotics has come up with the world’s first robotic chef. With two arms, Moley the robot can cook entire meals for you without you having to lift a finger. Moley can even tell you when ingredients need to be replaced and what dishes it can make with the ingredients available. If you have a spare $340,000, you could buy Moley and never have to cook again.

If you do not have the time to own a real dog, why not buy a robotic pooch? American company Boston Dynamics has created a multipurpose robot dog called Spot. Actually, Spot is designed for industrial purposes. He can squeeze into tight spaces on construction sites or in mines and other areas that could be dangerous for humans. And with a price tag of $74,500, Spot would make an incredibly expensive pet anyway.

Also hailing from Boston Dynamics is Atlas, one of the most impressive humanoid robots in existence. He is primarily designed for disaster response. When Atlas debuted at the DARPA Robotics Challenge in 2013, he was 6’2”, weighed 330lbs, and was tethered to an external computer system and power supply. Atlas has gone through many changes since. He is now a little under 5’ in height, weighs 187lbs, and can operate without a tether. When he is not learning how to respond to disasters, Atlas can be seen performing some very impressive dance moves.

Xenobots really should be front-page news. They differ greatly from the other robots on this list because they are incredibly small. They are also programmable living organisms! Xenobots are made from the African clawed frog’s embryonic stem cells. The tiny bots can complete simple tasks individually and cooperate together to perform more complex tasks. In the future, xenobots will be used for a wide variety of purposes, such as medical uses like scraping arteries, and environmental uses, such as removing plastic from oceans.

Lastly, we are including a robot that actually is not in the world right now. But it started life on planet earth and it definitely deserves a place on this list. Yes, we are talking about the Mars rover Perseverance, which successfully landed on the red planet in February this year. It was made by NASA’s Jet Propulsion Laboratory. Its mission is to identify environments on Mars that could be capable of supporting life, collecting soil and rock samples, testing oxygen production from the Martian atmosphere, and looking for evidence of former microbial life. What could be cooler than that?