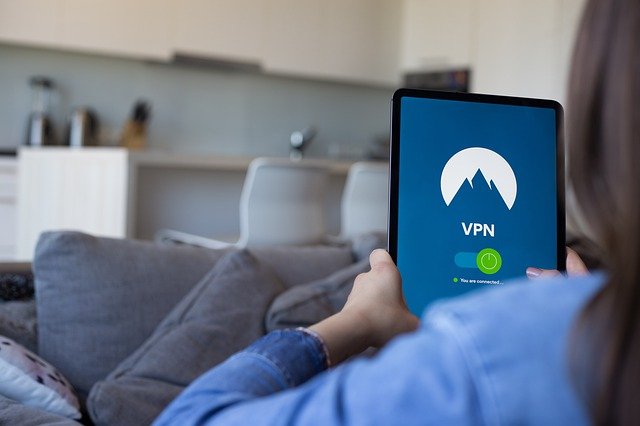 Nowadays, accessing the internet has become much easier, you can find free Wi-Fi in many places like cafes, stores, and bus stations, but the biggest concern for you is privacy, especially if you want to use your online bank account, so, the best solution to keep your personal data, passwords, and credentials secure is using a VPN (Virtual Private Network).

VPN can protect your data by encrypting all your incoming and outgoing traffic and can hide your IP address, so neither hackers nor ISP can see your data. If you’re looking for the right VPN services to use read more here.

Nord VPN is the best VPN you can use right now. It provides 256-bit (AES) encryption, a powerful encryption that will encrypt your data and make it useless for hackers if they get it somehow.

Also, Nord VPN keeps your internet as fast and stable as possible with no DNS leak, so your real IP is hidden. It provides a Double VPN feature, which is considered a double layer of protection by linking two VPN servers between your laptop and the internet. It offers more than 5,000 servers worldwide you can choose from according to your location and has the best price offers considering all the good features you will get. On top of that, you can buy it using cryptocurrencies which is incredible!

Express VPN is considered the best VPN. It has a “kill switch” feature that will cut your internet connection when your connection to the VPN server drops, and it allows you to setup up to three devices so you can use it on your mobile too. The most valuable feature is the no-logging policy, so it doesn’t keep logs of your activity. It has a massive number of servers worldwide, and it’s fast and stable. You can also choose between L2TP and PPTP protocols for better encryption.

PIA VPN is one of the best VPN. It allows you to choose your preferred encryption protocol to speed up your connection. Using PIA VPN gives you an acceptable rate, and you can use it in torrent downloads. If you buy a one-month subscription, it would be expensive, so it’s recommended to purchase a one-year subscription and save your money.

Norton VPN could be a good solution, and it has a good speed connection but fundamental security standards, and it doesn’t work with the P2P (point to point) protocol. Moreover, it has VPN servers in 28 countries and a no-logging policy. Norton VPN uses a good protocol called Open VPN, an open-source protocol, and uses 128-bit (AES) to encrypt your traffic; although it’s not the best, but strong enough. It has no leaks, but no “kill switch” feature.

Overall, you can save a few bucks and get the VPN app, but you will not get the best performance and features like previous VPNs.

Proton VPN offers strong encryption, 256-bit (AES), and many VPN protocols according to your device. It has no DNS leaks and a no-logging policy. So, it will keep you safe from tracking and provide a good speed. Unfortunately, the Proton VPN setup is hard to configure and requires some technical skills.

It has an exciting feature called Secure Core Server which will redirect you through several VPN servers located in three different countries.

There are many VPN apps on the internet, and it has become an essential app we must download, mainly when using a public network.

Anyone can find hacking tools and tutorials on the internet and use them to steal your data, so you should be ready for this kind of attack and use an excellent VPN to encrypt your connection and keep your data safe. Lastly, it is recommended to be aware and not underestimate these security majors. In other words, better to be safe than sorry.