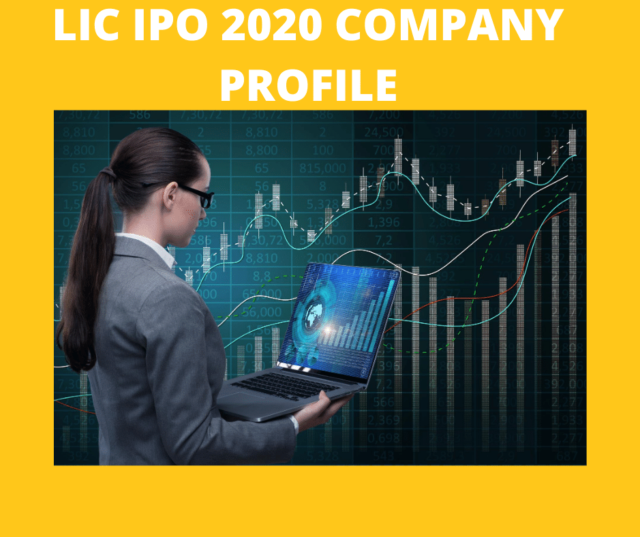 In March, when the market started going down due to COVID situation before that many IPOs used to come in the market and Every IPO gave a very good return to its investors on an average in the first day and in the next two, three months An LIC IPO date is announced.

SBI Cards was going to get released then in which many people made a subscription but on the first day itself, the market started going down the cause of which the IPO didn’t give many good results after which market continuously went down and the IPOs almost stopped coming in the market But from the time bull run began and the market started rushing up.

IPO has again started entering the market Like, Rossari Biotech’s IPO and it was kept at a price of Rs 455 and today its share price is up by 70% means people those who might have got the IPO would have made a profit on the first day and if they would have kept the share, they would have been making a profit today as well It is believed now more IPOs are going to get launched in the market wherein you can make good returns Among those IPOs, there is an IPO which everyone is discussing.

The biggest IPO in India This company’s name is Life Insurance Company(LIC). It is too premature to judge on how well they perform whether you should invest or not. Today we will discuss about LIC  that you understand its and market so that when the IPO gets launched you won’t have to go looking for the basic deatails, when did LIC’s IPO come under the spotlight When Mrs. Nirmala Sitharaman, Finance Minister of India was announcing the budget in 2020 she had said that the Indian Government wants to disinvest in many companies means  they want to sell off their stake In their list, there was a company, Life Insurance Corporation(LIC).

You might know the meaning of IPO. It stands for Initial Public Offering When any company wants to dilute their shares, makes a public announcement that they want to sell their shares at a certain price and if you want to buy it you can fill in the application for its subscription It is considered that if LIC is bringing in its IPO.

Now if LIC wants to dilute 10% of its stake and its valuation is of 9 lakh crores Its IPO would be of 90,000 crores which is considered to be the biggest in the history of India There can be two-three more reasons for the IPO to be issued now.

Reason 1, it’s a good time to bring in an IPO because there is a positive trend in the market and investors have been bully in regard to the market An IPO which is launched at this time can get a good return to its investors.

I am sure you understood three things, First about LIC’s IPO Second, Why is the right time for LIC’s IPO to be out or for any IPO cause of the bullish trend in the market Third, Investors, those who want to invest in the Insurance will get another way to invest in the sector.

Like I told you, Penetration has not happened in that level thus it can become another option for investors Let’s talk about the four integral things about LIC which can be helpful for your decision making The first point here will tell you about the PAN India reach of LIC which makes it the best insurance company As of 31st March 2020.

This company has 8 Zonal offices, 113 divisional offices, 2048 branch offices and the most important, its agent network of more than 12 lakhs who are widespread in India If anyone feels the need for insurance, these agents reach there to help them which indirectly help LIC ipo Another interesting thing about LIC is that other than being in PAN India.

It also has a presence in 14 countries wherein they operate in different insurance sector like in Konia, Singapore, SriLanka, UAE,UK This shows you the large LIC presence cause of which it is the best company in the Indian insurance Sector Secondly.

I will talk about the different product mix plan by LIC IPO Talking about the list, it has Conventional Insurance Plan wherein they have a unit plan, Special Plans Pension plans, Micro Insurance plans, and Health plans.

LIC has more than 290 Million policy holders which shows you the large network of LIC in India LIC has more than 1.1 lakh employees and like I mentioned, they have more than 12 lakhs agents in India If I talk about its financial state Its one of the profit-making companies of the insurance sector and from its 290 million policyholders in India does a premium collection of more than Rs 3,30,000 Cr in terms of their policy.

Thus you can understand how big their collection base is Talking about PAT, this company’s PAT is of more than Rs 2300 Crs Other than that, If I tell you  an interesting thing here, other than this particular income there is another source which comes from its Equity Investment.

I would like to tell you that LIC is one of the biggest players in the Indian Equity Market which invests in different companies When the invested company does well, LIC earns profit from that as well Talking about the profit here, they have earned more than Rs 2300 Cr LIC keeps investing their insurance premium in different assets and you will notice that LIC has a stake in very big companies like ITC If I talk about the whole list here.

let’s talk about its market share, to understand how big it is If I talk about the  first-time premium holders, LIC’s market share here is more than 66% Talking about the total no. of policies here then its market share here is of more than 74% making it India’s biggest insurance company LIC has always shown a good growth track record and has improved its profit well It has made good profits via its equity investments for Government The government has now said that it will dilute 10% of its stake in lic ipo.

Friends, these were some basic details I wanted to share You won’t be able to decide on the basis of these details whether you should invest or not But if you understand these details well, you will at least make up your mind to track this lic IPO.

When you get more details regarding it, you should decide whether to subscribe here or not Here I want to tell you to not subscribe to lic IPO on the short term basis for immediate profit If you want to invest, keep the long term horizon in mind.

If you see a potential in the company and the sector If you feel that the insurance sector will do good in the future and can lead to a good penetration and feel this company can perform well, the company’s management and its balance sheet is good After analysing all that if you feel you should invest, go-ahead Never invest for short term as your chances of making a loss is high. That’s all for today