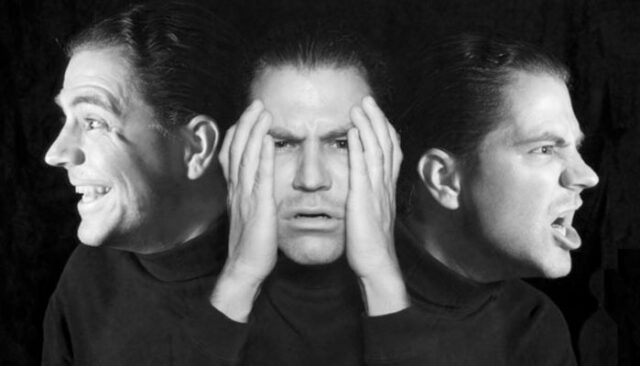 There are many kinds of disorders like Metalic syndrome, Marie Antoinette syndrome, Bipolar syndrome, and many more. There are some of the biggest celebrities in the world who, despite suffering from bipolar disorder, have been making good use of their creativity and their attitude is exemplary for us. These include Abraham Lincoln, Newton, Florence Nightingale, boxer Mike Tyson, actor Mel Gibson, Marilyn Monroe and Catherine Zeta-Joe.

According to the International Society of Bipolar Disorder, 24% of the world’s population suffers from this mental illness. A psychiatrist says that in our country mental illness is taken as a social stigma, that is why the majority of people in our country hide such diseases, which is a great social tragedy. So do not consider such people useless and Don’t take them away from life. Cooperate with them, don’t lose patience and courage.

What is the By Pollards Order?

Bipolar disorder is a type of mood disorder. In this disease, the mood is sometimes overly happy and sometimes it is extremely sad. There are two parts to this disease. There is a lot of joy, excitement and excitement in the first period. This is called hypomania or manic episode. In this, people usually make decisions regardless of the outcome. In contrast, in the second depressive episode, the patient suffers from severe fatigue, helplessness, exhaustion and self-loathing.

Between the two seizures, the patient is usually normal. There are some conditions that are a combination of the two seizures. These symptoms can last for weeks, months, and sometimes years. Causes of the disease can be influenced by both hereditary and environmental factors. Diagnosis is a complex process because many of its symptoms are similar to those of other mental illnesses.

Bipolar disorder can occur at any stage of life. Men and women have the same rate of the disease. Bipolar disorder affects our brain. The disease can also be triggered by difficult conditions, a physical illness or stress. Unfortunately, relationships with such people are not very stable and they usually lack professional skills. There is also a lot of guilt in them. At the same time, they are surrounded by a sense of inferiority. Such people have a negative perception of life, so they have a higher rate of self-harm.

If you use drugs, give them up immediately because they can change your mood. Build good relationships with the people around you because they can help you improve your mood. Create discipline in your life such as eating, drinking, sleeping and participating in physical activity on time, it balances your mood. Exercising, walking and running also reduce stress. If you have a lot of problems with bipolar disorder, see a doctor as soon as possible, as it can be treated with medication.

With adequate treatment, positive lifestyle changes, exercise and regular therapy, the affected person can be cured to a large extent by treating the disease. Many parents prefer to marry their daughters instead of treating them. For them, this is the easiest solution to the disease, although the reality is the opposite, because parents should understand that their decision can cause serious problems for the children later. This condition is more severe during pregnancy and more severe after delivery. The severity of the disease can be substantially normalized by dividing the patient’s responsibilities during and after pregnancy with the advice of a specialist maternal and child psychiatrist. Therefore, try to treat the disease before delivery.

Experts say that we do not consider why we have negative thoughts, why we do not have stability and why we are not satisfied and calm? We do not try to get to the bottom of it. If the attitude is negative. If the changes become noticeable, apathy and irritability become a permanent part of the personality, do not take it for granted and do not hesitate to go to a psychiatrist if you feel the need. Medications are usually given to such patients to correct their mood. The attitude of close relatives is also very important in the speedy recovery of children.