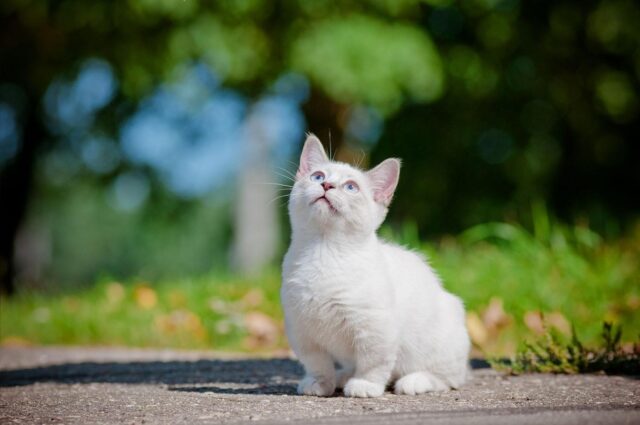 Are you interested in learning more about the newest Munchkin cat breed, which may or may not be a breed whatsoever? Perhaps you’ve seen images of an adorable yet oddly short-legged kitten and wondered whether it was purposefully bred that way or whether it was the result of a genetic mistake? (Hint: it’s a combination of the two.)

If that’s the case, you’re probably curious about the Munchkin cat, which combines all of those inconsistencies into one endearing box. Follow the link for more http://www.vetstreet.com/cats/munchkin.

Does it happen to be the youngest breed?

Egyptian Mau, a patched beauty of a feline, was discovered mummified in pharaohs’ tombs.

The Korat, a Thai cat, known for its silver coat and captivating green eyes, was first recorded in the 1300s. In the 1600s, the Persian, a longhaired cat stunner, was transported out of Iran with other foreign valuables such as spices and jewels.

The Munchkin, on the other hand, is the newest kitty on the block, having only recently been recognized as a breed by The International Cat Association in 2003. (TICA). The Munchkin is so recent that the Cat Fanciers’ Association is still debating if it should be classified as a separate breed.

Although 2003 is a watershed moment in Munchkin history, the species has most likely existed for much longer. The Munchkin has short legs. A few generations of short-legged cats were discovered and registered by a veterinarian in the United Kingdom in the 1940s. Unfortunately, the line of perhaps early Munchkins died out over time. However, a Munchkin-like, short-legged cat was discovered in Stalingrad in 1953.

Blackberry, a stray cat, discovered by a teacher in Louisiana in 1983, is the ancestor of today’s Munchkins. When Blackberry was found, she was pregnant, and half of the kittens she gave birth to had short legs. Since one of Blackberry’s short-legged male babies was not neutered, his adoptive family let him run wild, resulting in a flood of short-legged felines in the community.

A Munchkin’s most distinguishing feature is its short legs. It weighs 5 to 9 pounds and is a standard small-to-medium-sized cat (males tend to weigh more than females). The front legs of a Munchkin can bow slightly, and his back legs are significantly longer than its front legs, causing his back to slant down slightly.

Munchkins are available in a variety of coat lengths, shades, and patterns. Although the majority have a fluffy coat, there also longhaired varieties with silky semi-long fur.

What kind of personality does it have?

Even though the Munchkin’s physical cuteness is undeniable, the Munchkin’s personality is particularly charming. A Munchkin is a true extrovert that loves people (including kids), other pets, and even dogs, even though each kitten is unique. They’re adventurous, intelligent cats who like to play with puzzle toys and learn new tricks. They’ve been likened to magpies because of their fondness for shiny objects such as watches, which they’ve been known to snatch and stash.

They are not slowed by their shorter legs. They are chasing, jumping, cornering, and zooming. They have an incredibly endearing habit of sitting up on their back legs. The Stalingrad cat was given the nickname “Stalingrad Kangaroo Cat” for doing so. Check out this page for more.

How was it created?

A random, natural genetic mutation resulted in Blackberry’s short-legged kittens. This mutation is identical to the one that causes short-legged dogs like Dachshunds and Corgis to develop pseudoachondroplasia, a type of dwarfism. It is a hereditary bone-growth condition that has no effect on other body systems. Different types of feline dwarfism can result in more severe issues such as abnormalities of the head and face and heart, lungs, bone, and spinal problems.

Munchkins are the product of an autosomal dominant gene. A Munchkin cat would therefore have one “mutant” gene and one “natural” gene. If two of them are bred together, a few of the kittens produced will have two Munchkin genes and perish in the womb. Only kittens with two natural genes or just one will make it to adulthood.

To ensure the welfare of the litter, Munchkin cats can only be outcrossed with traditional cats. These matings can produce both short- and regular kittens.

Can it be classified as a distinct breed?

The argument about whether the Munchkin should be classified as a separate breed revolves around the genetic mutation that gave rise to this peculiar cat. Is the alteration a “genetic disorder” that is harmful to the cat and should therefore be avoided?

Munchkins seem to have a typical cat lifespan so far, with few structural issues due to their short legs. There are two disorders that appear to be more common in this breed and may be linked to the mutation: lordosis (excessive spine curvature) and pectus excavatum (a hollowed chest). In humans with pseudoachondroplasia, these two conditions are also present.

There has been some main worry that the Munchkin might develop the back problems common in short-legged canine breeds, but this has not proven to be the case.

Munchkins are prone to the same diseases as regular cats. When accepting this pet into their home, owners should take the normal precautions and care: giving it a high-quality diet, offering preventative health care such as vaccines, keeping it inside, grooming and brushing it regularly, and offering the love and affection that this intelligent, clever animal needs.

Guest Posting: How To Find Quality Sites For Backlinks?

Buy a house or apartment with a real estate agency

Sell your car for free using a muscle car