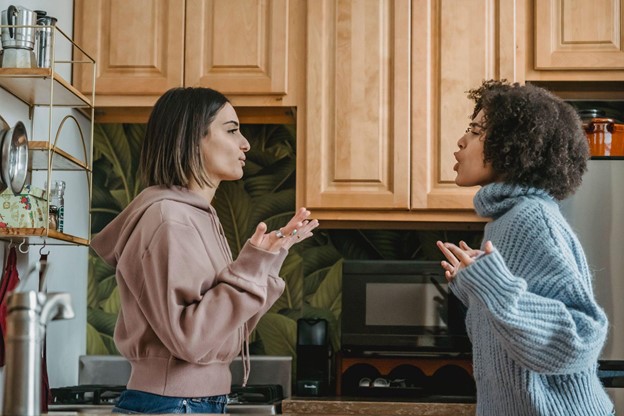 Surviving four years with a stranger as your roommate is going to be complicated. To survive living with a college roommate, you need to keep some tips in mind, which have been discussed below.

While you are in college, you would often wonder can someone do my homework for computer science in addition to resolving issues with your roommate.

Without further ado, let’s get to the discussion.

1. Communication is the Key:

Having a roommate means you need to communicate. Even if you two don’t develop a friendship, it’s necessary to understand that somewhere down the line both of you would need something from each other or need to solve an issue.

Talking to them directly opens up ways to solve mutual botherations. If you are unable to communicate with them, they won’t ever know what’s bothering you, and won’t be able to do anything about it.

Finding a mutual ground through communication is the key to surviving college years with a roommate.

Each of your friends need not be best friends. Just talking to them, having a friendly attitude towards your roommate won’t replace your best friend. Having mutual trust in between helps to address issues more comfortably.

If you two don’t have many common grounds, both attitude and interest wise, it may need a little more effort than usual to make amends, but it’s still possible.

You aren’t expected to share everything with your roommate. While it would be wise for both of you to occasionally share some things when the other is in need, setting up boundaries will help limit those.

Sharing a TV, sound system, and appliances are not very unusual between roommates, but personal belongings – like laptops, mobiles, books – aren’t meant to be shared unless you give them permission.

Boundaries work both ways. Don’t go around touching their things without permission. You might be comfortable sharing food with them, but when they order a take-out for themselves, don’t expect to be invited.

Having an organised roommate is bliss. But not everyone would be as organised as you are. Share responsibilities and chores to survive the years together. If one takes out the trash a week, the other cooks. If one does the dishes, the other cleans the house.

Keep rotating to duties to make sure that you and your roommate is sharing the chores equally.

But don’t go making charts once you meet them. Give yourselves time to understand what do the other thinks. It’s possible that you two might not even need to share responsibilities once you get to know each other. If you both are organised, it would be the best 3 years of your life with a roommate.

Consider going around the block when your roommate brings their friends and expect them to do the same. Personal spaces are pretty important while trying to survive the college years with a roommate.

There’s a subtle difference between being friendly and being nosy. If you two are able to give each other personal space, even a less spacious abode will do the trick.

Being a responsible roommate comes down to being understanding and friendly. While it’s possible that you might not have an interest in befriending them, but coordinating with your roommate can’t hurt.

When you end up in a room with someone strange. They’ll have a different ethnicity, culture, and upbringing, keep an open mind at all times and be understanding.

How Many NIMS Management Characteristics Are There ?