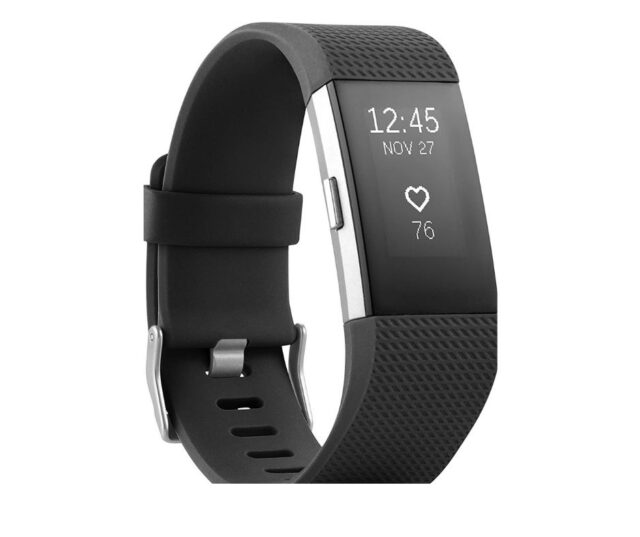 Fitbit’s got plaudit by people all around the world. This can be analyzed by the number of sales of Fitbit. You must have seen every third person wearing a Fitbit, at malls, airports, colleges. Fitbit launched Fitbit Charge 2 in September 2016 with Charge HR feature to track health in day-to-day life. It was appealing to everyone at one point in time but now the prices went down due to the launch of Charge 3.Other technologies are very complex when it comes to tracking steps, exercise, etc but on the other side, Fitbit is very easy to access.

Why one should choose Fitbit?

Have you ever thought of working out regularly? Want to be fit and proactive? Surely you must buy a Fitbit it will let you reach your goal. It keeps a track of your whole day’s activities like heart rate and calories burnt. This smart band makes your life simpler and interesting. It keeps track of your breathing too. Different sizes are available in Fitbits, so no need to worry about the size and getting fit in your hand.

Design and structure of Fitbit charge 2:

Fitbit has a larger screen than previous Fitbit watches. The screen consists of some amazing features. It provides an OLED display, with this there are ample benefits to buy a Fitbit charge 2. The touchscreen feature makes it use with ease. A button on the left comes up with options like count steps or count calories, or heat rate count.After long pressing different options can also come up.

A glamorous feature of Fitbit charge 2 is we can Customize the Fitbit according to us. Many people get carried away by colours, the availability of different colours makes it a quality product. It’s available in black, blue, dark blue and purple. The prices of pink and brown are more as compared to normal colours. This is user-friendly as you can change and also remove the band for charging. The staps are also not causing any irritation to the skin.

What to look when buying watches

While buying any watches we opt for waterproof in case of rains, or when we have to wash hands, always a waterproof watch digital or analog. Fitbit Charge 2 is waterproof, with this it is lightweight. But one must avoid wearing their Fitbit charge 2 during swimming. It supports Android and iOS both, so it makes sense to buy this model. Overall, the complete display and design of the Fitbit Charge 2 are good to buy.

The Fitbit charge 2 consists of an Altimeter to detect altitude so it keeps the track of the number of floors you climbed. In the workout section, records the moment you run or exercise, or ride a bike. There is also a Vibration motor and 3-axis accelerometer inside the watch.

Does Fitbit costs you more? Know all about its prices

The minimum rate of Fitbit Charge 2 is 7,499 rupees. The models of 15 thousand, 17 thousand are also available. It provides very new and posh facilities to the user. Fitbit Charge is not only a fitness tracker but also a kind of motivation for the obese. Motivation is needed by all at one point in time, Fitbit Charge 2 will always motivate you to exercise and mark your progress each day.

It provides you with a reminder so that you do not miss your warmups and exercises. It’s always worth buying Fitbit Charge 2 as it keeps a track of your heart rate, also of your health. In this smart world, a smartwatch keeps a track of your sleep too, this is so cool as well as important these days. Lockdown made us lazy, Fitbit proves a solution in this new normal.

The life of Fitbit charge 2 in normal situations:

The research says it completely depends on the user, the way they make use of the device, the more care they take the more it lasts. In a review, it is specified that a person is using it for the past 5 years and still it is in a good condition, only once it was replaced. There was an issue with syncing rest all things were working fine, this was another review I came across. It is said it also depends on the internal components, how long your Fitbit lasts.

Visit the www.fitbit.com website or Download the Fitbit application to structure your brand new Fitbit charge 2. This application is available for iOS, android, windows, and desktop also. The complete app is user-friendly and smooth working. At the top, you can see how many steps you walked. It has a record of your calories, sleep, heart rate, and how much intake of water was there. In the app settings, you can set your goals, turn the notification on, set an alarm for your tasks. A very wonderful feature is to challenges, there you can compete with your friends or other people. In this manner, you gain motivation and exercise every day to meet your aim.

The app keeps a record of your heart rate and cardio fitness level. It also has alerts like calls, text, and calendars. The application will also show some guides like breathing sessions.

When it comes to Battery life, Fitbit charge 2 is amazing. Let’s have a look at the following:

Fitbit Charge 2 needs to be charged after every five days. It gets charged very fast in just 20 minutes. It is having a long-lasting battery.

Safety while using a Fitbit charge 2 and tracking issues

Before buying any Technology, we see is it safe or not. The device is tracking your heart rate as it is in constant contact with your body. It is a Bluetooth device and Radiation is transmitted because of it. But that same radiation is transmitted through ovens and WIFIs. In fact, the phone radiates more heat than Fitbit approx. 3 times more. It would never cause you cancer as it is heat radiation in a small amount and not nuclear radiation.

It is not completely safe but wearing it is just like using any wireless device.

Charge 2 bugs will be fixed, it will implement and solve one thing that is tracking the distance. Updates are done in every software tool, same is with charge 2 patience is required to get your bugs solved. It will not be a fair deal but wait for the update would be the right choice. In October 2017 Fitbit found the issue with charge 2, with that it came up with a solution that was a software update.

Fitbit even mailed that software errors were the reason behind the problem with tracking, the accuracy of distance, and time. But they overcame those problems with upgradation in their software only for Fitbit charge 2 users.

It also said that the company is still reviewing and analyzing the internal issues of the product. And places the health of the users as their priority.

After an update customers came through many problems with their Fitbit charge 2. It is not continued and officially removed from the store of Fitbit. But Charge 2 trackers can still be found in the market or online stores. They are under warranty and Fitbit will consider those warranties.

Fitbit charge 3 consists of a spo2 sensor to track your heart rate.

Inbuilt GPS is not available in the watches. It relies on the phone’s GPS to track routes, runs, and rides.

Fitbit charge 3 can perform swimming tracking, activity tracking, and goal-based, but Fitbit charge can only track activities, workouts. Tracking sleep and female health are also available in Fitbit trackers. Both these trackers keep a count of your steps and health. Fitbit charge 3 has an edge over Fitbit charge as its goal-reaching feature.

It helps you to target the time and distance during your exercise. Moreover, that feature motivates you to keep going and achieving the goal.

Fitbit charge 2 is easy to use, counts your daily activities accurately, and helps in making your life simple. Comparing with other expensive watches Fitbit provides the same facilities at a cheaper cost. As discussed it has a software app that is also easy to use. It reminds a person to move if he/she is sitting for too long. 250 steps are to be walked in 1 hour according to Fitbit, it makes you do that. With the profits, it provides there are some shortcomings also of Fitbit charge 2. Firstly its battery runs for only 5 days unlike other trackers out there. People who work out without their phones will find it boring as there is no GPS inside. But steps can be counted without it too.