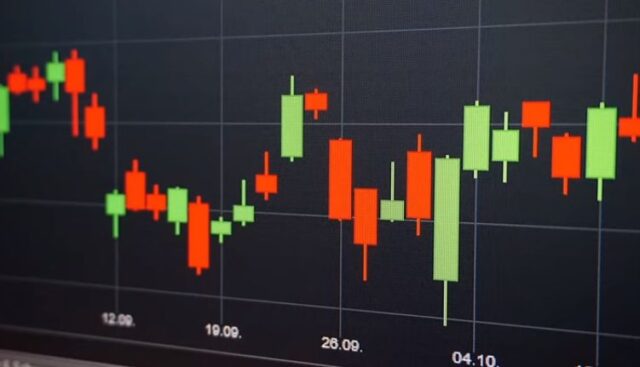 Hey, friends! The IPO for Burger King has will be closed today, and many of you might have subscribed today, and others might be pondering over whether to invest or not. Following this, we have bought a article which will be short and insightful. You will get an answer at the end of the article whether to subscribe to it or not.

Burger King Ipo Grey Market price is trading at 60% on the last off the bidding process. The ipo have recieved bids 100 times more than the issue size. Due to high subscription for the ipo there is a surge in price in the grey market premium for the burger king ipo.

Burger King ipo Recieved 55.88 Subscription till 2:30 pm on the last day off subscription. Whereas NII’s bidding heavly at 100 times more than the alloted portion of the issue. Retail investors also shown good interest in this ipo and hence burger king ipo will be expected to open bumper on 14th december on listing day.

The grey market premium for burger king ipo is trading at 60% off the issue price which is RS. 40. Hence the stock can be listed around Rs. 100 too the issue price off Rs. 60.

Let’s move to Burger King’s business model. Friends, Burger King operates in the entire world (100 countries) with 18,675 outlets. The master franchise of Burger King in India is Burger King India. In India, if any franchise or restaurants open, they will be established and operated by Burger King India, whose IPO is going to come. You might have heard this.

Let me explain this with the help of an example. Dominos is a brand that operates in the entire world, but in India, it is operated by Jubilant FoodWorks. This means that it is a company that runs the operations of the brand in India. Similarly, in India, Burger King India Ltd. runs the operations for Burger King having world operations. From a business perspective, it is a QSR. You will hear this terminology in the entire article Its full form is quick-service restaurants like Dominos and McDonalds.

Burger King has made a brand name in the QSR category, and people have started its services in recent times. Out of India’s 259 outlets, 249 of them are currently operational. The data points discussed in the entire article are taken from the red herring document of Burger King India. Every company that comes with an IPO brings up a red herring document. (if you don’t know about it). The red herring document includes all the information about the company. I will explain this in simple language. You would have easily understood this information that Burger King currently has 259 outlets. Its growth in the near future depicts that by December 2026, it will take this count to 700, i.e., from 259 to 700 outlets, and the funds raised by the IPO will be used towards this.

Objective off The IPO :

The overall IPO objective of Burger King is reducing its debt and, with the remaining amount increasing outlets. They have fixed their objective that by December 2026, they will reach 700 outlets in India.

Now let’s talk of the driver of this industry, which is there as an example in the company’s red herring document. I will now show you the screenshot that I took from its red herring document. Here the company has clearly focussed on India’s young population (especially). A high young population percentage in any country has greater fast-food penetration, i.e., the chance of growth is high. As you can see on my screen, it is clearly shown in the company’s red herring document that India’s median age is around 28. This is then compared with other countries. In comparison to other countries, the median age of India is quite low.

In the near future, India’s young population growth will rise, and there is a chance of rising demand for QSR category restaurants and chains. Seeing this opportunity Burger King is willing to grow aggressively in near future. For this, they will have to open more outlets for which they are raising money through IPO.

Here it is important for you to know the penetration done by the players in the industry. First, let’s talk about restaurants’ market share in hotels, which is Rs. 116 billion. But an interesting thing over here is that the chain market size, which is merely Rs. 398 billion. Standalone restaurants have a market share of Rs. 1,203 billion. The highest market share is still held by the unorganized sector. If I talk about the unorganized sector, the overall size is Rs. 2,519 billion. An important thing over here is that the chain market size of Rs. 398 billion is quite small as compared to the overall unorganized market segment. Because the size of the unorganized sector is huge in the food services market. If QSR/ chain companies penetrate the unorganized sector in the near future, then the growth potential will be quite high. There select option to download the red herring prospectus. If you have time and are willing to invest in this IPO, I recommend reading it in detail as it has all information regarding an IPO.

Here we will talk about the financials of the company and the important numbers of the IPO. The size of the IPO is 810 crores with two components. The first one is an offer for sale where promoters will sell their stake and the second is a fresh issue of new shares. This will be used by the company for expansion and minimizing debt. The bifurcation is Rs.450 crores for the fresh issue while Rs.360 crores through an offer for sale where the existing promoters will sell their stake. Now let’s talk about the revenues of the company that have grown exponentially in recent times. This is positive news for the company. As you can see on the screen, the company’s revenue is visible. For FY 2017, the total revenue stood at 230 crores, while in FY 2018, this rose to Rs. 378 crores. In FY 2019, the total revenue from operations was Rs.630 crores. In FY 2020, the company’s overall revenue was Rs 841 crores. From here, you can infer that the company’s revenue has exponentially grown.

Let’s talk in detail about the company’s profit after tax. As you can see on my screen, in FY 2017, 2018, 2019, and 2020, the company booked a loss of Rs.71, Rs. 82, Rs. 39.2, and Rs. 76.6 crores, respectively. Even till now, in FY 2021, the company has booked a loss of Rs.118 crores. But here, in the condition of Covid, all its restaurants were shut, which negatively impacted the company. Here you should see that the company is booking losses in the last few years, which requires deeper investigation before investment. Here I will talk about a parameter that is important for the QSR category is market cap/sales.

In comparison, we find that the market cap/sales of Burger King is 3.5x. A positive thing over here is that the market cap/sales is 3.5x which is quite low as compared to other listed companies. This is a positive thing for the company. One more important thing is that the company’s debt level has increased in recent years, and the reason behind this needs deeper investigation. But the company has told upfront that the IPO raise will be first used to reduce the debt level, and the remaining amount will be used for fulfilling the objective of reaching 700 outlets by December 2026. IPO details include the date of bidding between 2-4 December.

After this let’s talk about the Burger King ipo allotment date, which is 10-11 December. The listing date of the company is 14 December. All this information is important if you are thinking to bid for the IPO of the company. But I would again want to tell you that do a deeper analysis and only then decide to bid for an IPO. I hope that you liked today’s article. Happy investing!

A Smart Approach to Investing